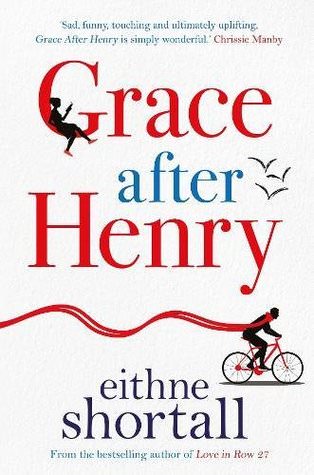 Grace sees her boyfriend Henry everywhere. In the supermarket, on the street, at the graveyard.

Only Henry is dead. He died two months earlier, leaving a huge hole in Grace's life and in her heart. But then Henry turns up to fix the boiler one evening, and Grace can't decide if she's hallucinating or has suddenly developed psychic powers. Grace isn't going mad - the man in front of her is not Henry at all, but someone else who looks uncannily like him. The hole in Grace's heart grows ever larger.

Grace becomes captivated by this stranger, Andy - to her, he is Henry, and yet he is not. Reminded of everything she once had, can Grace recreate that lost love with Andy, resurrecting Henry in the process, or does loving Andy mean letting go of Henry?

My thoughts:
I read this one really fast, when I started, I just needed to know that everything would work out.

Grace and Henry are about to buy a house, and then he dies. A horrible accident and she can just not move on. She sees him everywhere and misses him so much. Which is obvious, and so heartbreaking. I liked her and I wanted her to be happy again.

She has a great best friends. She has great parents. But she does not have Henry anymore. And she most learn to live again without him.

Like move into a new house and try to put it to order. Meeting new neighbors. Going back to work. And last, seeing Henry and realising that the person she sees is real. And that was another thing that made me read like crazy! I had to know what was going on and what would happen.

It was light for a book dealing with death. It had me hooked and it was so hard to put down. Grace becomes a friend.

Heartbreaking, and still light and filled with hope. Life moves on. And maybe not always in the way the reader thought.

It was :D I just kept reading