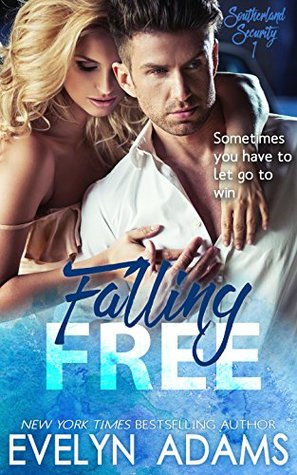 Amanda Southerland has a job she loves and a solid relationship with a man who looks great on paper. If it all feels a little hollow, so what? She’s got nothing to complain about. Her life is running like clockwork. That is until she slides down the side of a mountain and crashes into the cocky gym rat who's exactly the kind of guy she avoids. He’s all muscle, no finesse, and if she can’t stop thinking about him, it’s just because he irritates her. Nothing more.

Michael Dean’s finally opened the gym of his dreams. He doesn’t have time for a relationship and he’s absolutely not looking for love - not until the beautiful rock climber practically falls into his lap. Meeting Amanda has reordered his priorities, even if she’s stubbornly racing toward a future with the wrong guy. She may not know that he’s her happily ever after, but he’s determined to make her fall again – right into his arms.


What do I do to myself? I am one for torture…I swear. I got to about 50% and I thought I was going to throw in the towel, but I kept on trudging away. I got to about 15 mins left in the book and decided to just go all the way. Sighs. Why do I do this to myself?

I should’ve listened to my gut and stopped at 50%. The first 50% was meh and the rest even more meh. YAWN. I did so much skimming, but I was never lost. That has to mean something, eh?
Michael was decent. A gym-rat though. He is opening his own gym and thinks Amanda is hot. Not a lot of character development in this one.

Amanda is a hot girl who likes to climb rocks. She is kind of a gym-rat, but more realistic. She is dating a gym-rat who is also addicted to his work. She moans and groans that he never has time for her, but has time for the gym. Mhmmm what did you think was going to happen? Things happen and she leaves the guy for Michael. LADY. He is a gym-rat to the extreme. HECK he is opening his own gym…..soooooo…..the gym will be his business. Not much different there sweetie. Good luck.

I didn’t care what happened to our characters so that was the first hint. Michael’s sisters seemed okay. He talked about them a lot though….they were all cut-out 2D shapes. Boring. More depth pleeeeeeeeeassssssssseeee.

Gah. I was on a good run with Amazon Freebies. D:

In the end, this should’ve been a DNF, but I kept on going. Nothing got better. Just more boring. Not for me sadly. I’ll give this 1 star.

Carole! Now, you must learn to stop!
Gawd, I know the feel when you read on and on, and then, well it does not pay out :/ Booooo book, boooo

Learning how do DNF is not easy but it's worth the effort, believe me. Poor Carole.

Always been a weakness of mine.