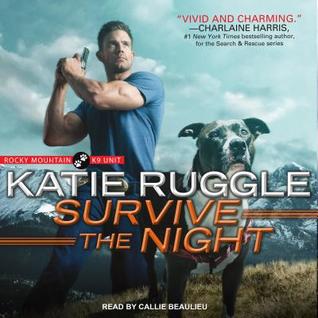 K9 Officer Otto Gunnersen always had a soft spot for anyone in need. As Monroe's very own Dr. Doolittle, he dedicates himself to rehabilitating the injured souls that cross his path-but for all his big heart, he's never been in love. Until he meets Sarah Clifton's haunted eyes. Until he realizes he'll do anything to save her. All Sarah wants is to escape a life caught between ambitious crime families, but there's no outrunning her past. Her power-mad brother would hunt her to the ends of the earth . . . but he'd never expect Sarah to fight back. With Otto and the whole of Monroe, Colorado, by her side, Sarah's finally ready to face whatever comes her way.

Win 1. The people we get to know are awesome.
Win 2. Sounds really pretty!

So pretty but with a danger of things going boom ;)

Poor Sarah, her brother was beyond an ahole. That guy needed to just die. But she was sweet, if obviously timid .

Then there was Otto, the Viking Lumberjack as she thinks of him and omg, omg, he was so sweet! I just wanted to hug him. He was so careful, so smitten, so clueless that he was a hottie. I love you Otto!

But bad guys are after her. And things will get intense!!! Between that there are cute animals to pet and a lumberjack to woo.

Callie Beaulieu (Narrator)
She did a good job and had a nice range. I fell into her story at once.
It was great listening to

Sample
Written By Carole Rae at 6:00 AM

I finally tried Ruggle! I have been saying it for so long, and now I did it!

I want to try this series one day!