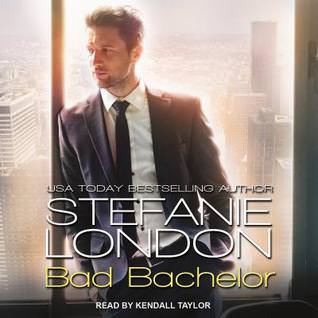 If one more person mentions Bad Bachelors to Reed McMahon, someone's gonna get hurt. A PR whiz, Reed is known as an 'image fixer' but his womanizing ways have caught up with him. What he needs is a PR miracle of his own. When Reed strolls into Darcy Greer's workplace offering to help save the struggling library, she isn't buying it. The prickly Brooklynite knows Reed is exactly the kind of guy she should avoid. But the library does need his help. But as she reluctantly works with Reed, she realizes there's more to a man than his reputation. Maybe, just maybe Bad Bachelor #1 is THE one for her.

My thoughts:
I was not sure I would like Reed cos of the blurbs talk of womanizing ways, but...Reed never lied to a woman. He was upfront about what he wanted. A good time. And if a woman got mad later on cos she wanted more, then give it a rest girl. He said no!

Which is why this site in the end made me SO FREAKING MAD! Because what if it had been a site about ranking women? Oh yes all hell would break loose. What a horrible site. Women can rank men and give them reviews, and yes, what says all those reviews are right? Maybe someone is upset with their ex, a coworker, a friend. And since Reed is the worst ranked of them all, it gives him problems at work, in his personal life, you name it.

Now when I have that said. Reed is all for a good time and when he meets Darcy she does go all hell no! She does not need someone like that! Or does she. You know, back in the saddle and all.

But I really liked Reed. Underneath that tough all knowing outer shell there was an angry boy. He had so much to deal with.

And Darcy. I loved that she was just not some pretty little thing. She had piercings, tattoos, dressed like she did not give a damn.

The librarian and the PR guy. The tough girl meets the preppy boy. They are just so different, and they are totally what they both need. He needs to be grounded again, she needs to let loose again.

Final thoughts:
Fun, passion and lots and lots of banter!

Narrator
Kendall Taylor
I liked her voices for everyone and she made it fun listening too. She really had me in her grip when Reed struggled with things and when Darcy went all prejudiced (made me think of pride and prejudice ;)
Written By Carole Rae at 10:56 PM

Ooo I think that would make me mad, too. They sound great :D It's so fun when their opposites fit each other so perfectly :)