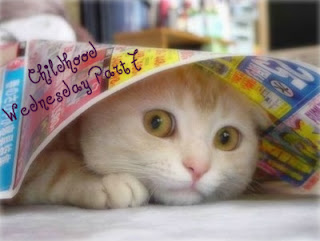 ~Instead of posting Wildcard Wednesday posts I want to try a new series of postings. Don't worry Wildcard Wednesday won't be gone forever, but I want to try this. Lately I've been thinking a lot about my childhood. My childhood was far from perfect, but without what I experienced I would not be the person I am today. That's the same with all of us. Without our experiences as kids, we wouldn't be who we are today.
With this new posting series, I want to explore what highly influenced me as a kid. I sort of base this from 'Top Ten Tuesday' and the '30 Day Picture Challenge' from Facebook~


I totally forgot to schedule this to be posted, because I was going to the fair earlier today. Sorry. =( But I did have a blast! Anways...happy Wednesday!
This week I'll be listing my top 10 characters that made me want to hide underneath my blankie! Whenever these "badies" came onto the scene I would be tempted to turn off the TV or shut the book. However, I stood strong, because I knew that the hero/heroine would defeat this badie and make the world better.
At number 10 is.....Tio Luis from the book 'Esperanza Rising'. I don't know why but I was terrified of him, because he was cruel to Esperanza and her family. He offered marriage to Esperanza's mother and she denied, so *SPOILER* he had her house burnt to the ground and he came back and threatened to make their lives even worse *SPOILER END* He's not the biggest baddie out there, but I hated him, because of how he used his power. (No picture avaliable)
#9 is....the Orcs from Lord of the Rings. I don't care, but when I was first exposed of them I was terrified of them! They reminded me of wolves mixed with trolls. I don't know, but I got over it (sort of ^.^).
#8 is.....the leopard from 'Tarzan'. He's a scary animal! It was cold-hearted and just killed because he could. Whenever he appeared I would have to grab my blankie. I'll admit it...I'm still a little uneasy when this animal appears in the movie. 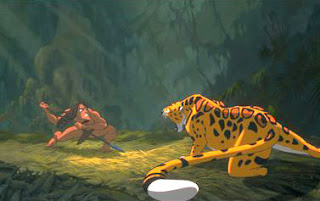 #7 is....The Queen of Hearts from 'Alice in Wonderland'. She's heartless, scary, mean, hot-headed, and uses her power for tyranny and personal gain. The Queen of Hearts was so scary that her husband even feared her! What's not to be scared of? 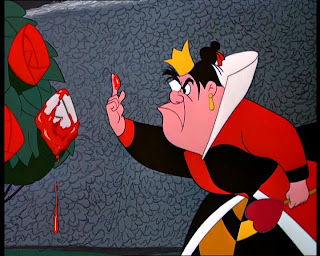 #6 is.....Frollo from 'The Hunchback of Notre Dame'. Yet another example of a power hungry character who is heartless and his aim is to control and dominate over everyone and everything. Plus, I though he was creepy because he was so old and in "love" with Esmeralda. 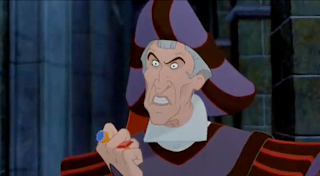 #5 is....Bunnicula from 'Bunnicula'. Okay a vampire rabbit? THAT'S pretty terrifying for a little kid that owned a rabbit. I always slept with one eye open because I was terrified my bunny at the time, Ariel, would bite me and suck my blood. Scary.

#4 is....Ursula from 'The Little Mermaid. I wasn't too afraid of her throughout the movie until she turned into a giant! Enough said... 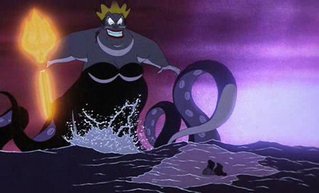 At #3 is....Jafar from 'Aladdin. He was a wizard who used his magic for evil. He was also a creeper, because he tried to use magic to make Jasmine his "slave". Yeah...even at the age I knew better. 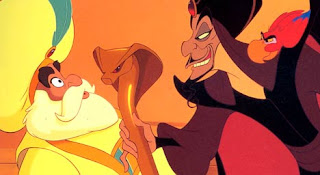 #2 is....Wiseman from 'Sailor Moon'. Yet another guy with magic who used it for evil. He could take your insecurities and turn it against you. He was the ultimate manipulator too! Just a scary man who even looked scary. 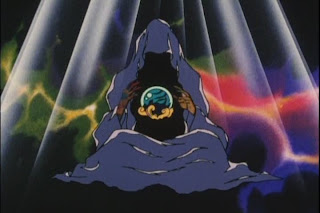 And the Number 1 Baddie that scared the crap out of me was..... Cell from 'Dragonball Z'. Out of all the baddies, I was terrified of this guy...bug...creature....thing. Now, I just laugh at him when I see him, because he's not that scary now. However, when I was a youngster he was terrifying! He could stab you with his tale and suck the life right out of you. Plus, it took forever for the heroes to finally defeat and plus *SPOILER* he killed my hero, Future Trunks, who I thought was invincible. Good thing they used the Dragonballs to bring him back. I would have probably quit watching the show if they didn't bring him back. *SPOILER ENDED* I may not be afraid of him anymore, but he was the biggest and baddest character I experienced as a child. 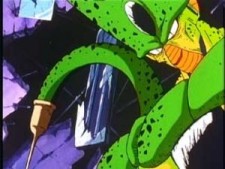 Hm, who was I afraid of? Well the clown from IT. Some things kids should not see

Oh and yes the orcs are icky but the uruk-hai, well me and a friend thought they were sort of hot, lol, yes crazy

Oh yeah! The clown was horrible! I forgot to mention IT and the flying monkeys from 'The Wizard of Oz' they were scary too.

The uruk-hai were badass. hahaha. Don't worry I understand, I thought the one that killed Boromir was kinda hot. lol. XD