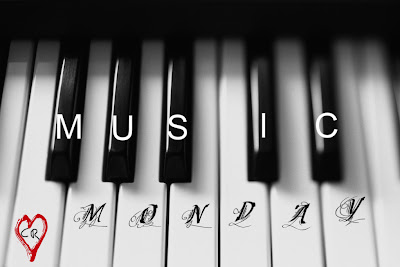 Fair Week is nearly here! It's the busiest time of the year for Imlay City and it's businesses. It's very busy, but the fair itself is a lot of fun. If you're ever in Michigan you should stop by Imlay City and visit the fair. It's a lot of fun! Anyways....it's Monday, so we all know what that means....IT'S MUSIC MONDAY!! -.- Sorry, I think work and lack of sleep as made me snap. Well, let's begin with the videoing...

As you may or may not know, I'm reading 'Revolution' by Jennifer Donnelly. It's sort of a depressing book so far, because the main characters are living a pretty sad and depressing life. Especially Andi. I just feel so bad for both her and Alex. I wish someone would come and try to help them. The song that fits this book (in my mind) is Fix You by Coldplay. I'm not a huge fan of the band, but I do like that song. Since part of the book is set in Revolutionary and Pre-revolutionary France, here's a video about Marie Antoinette using the same song. The video was created by tiukudaa, I really love her videos:

There's a couple reasons why I picked this video by  tiukudaa featuring the song Unintended song by Muse....1)the song, in my head, plays constantly when I read 'My Dangerous Duke'. Everything was unintended. 2)It's a video about Billie and John Dillenger and I love that movie. 3) Andi love playing the guitar and I could see her playing this song. 4)The girl I see as Andi is Marion Cotillard, the girl who played Billie in Public Enemies. And 5) I love this song and band!!

Here's a cute video about Victoria and Albert featuring the song Only You created for the movie 'The Young Victoria'. This video was created by EsIstNurLiebe:

Here's a funny one by chestersee and the guys called 'What Not To Say When Crossing the Border'. Classic:

Hope you enjoyed these videos. ^.^ 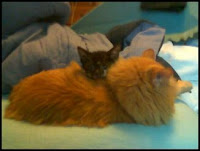 I LOOOOVE Muse. Take Matt Bellamy, add Johnny Depp and I'm dying. I HAVE to see Muse before I die! Have to!!

Same here! I looooove Muse! I would kill to see them in concert!

Surely they would come somewhere between Michigan and Arkansas????

Hopefully! Unless they have an odd hatred toward Michigan and Arkansas. lol. =(