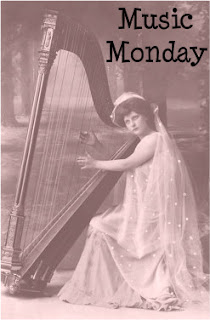 Happy Monday to all!

Okay! First of all, I want to say happy birthday to my cousin Morris. It's a little ironic that his birthday fell on 'Music Monday' because he loves music. He especially loves the King of Rock, the one and only Elvis Presley! Well, who honestly doesn't love Elvis? If I had a lot of money (which I don't) I would totally have a professional cake made and given to him, but since I'm a poor college kid dreams and pictures are all that I have to give. Here's the cake I would probably have made for him: 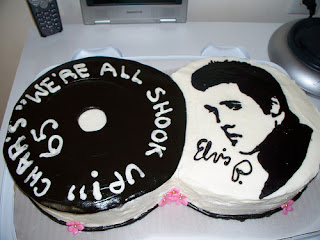 Now, on to the music!

First, here's my favorite song by The King:

This song (in my mind) is Lady Margaret Beaufort's theme song. She has a strong sense of destiny and fate. She KNOWS her child will rule England and she is anointed by God. Well, this is how Phillippa Gregory presents her in 'The Red Queen'. I will admit, I don't have much knowledge about Lady Margaret. The song is "Destiny" by Lenny Kravitz:

And here's 'Addicted to Quack!" by the hilarious Barely Guys/Barely Political. =D Enjoy:


I hoped you enjoyed this week's selection of videos. ^.^

I cried a bit while watching young Victoria, just saying ;)

That probably means I'm going to need a box of tissue by my side, eh?