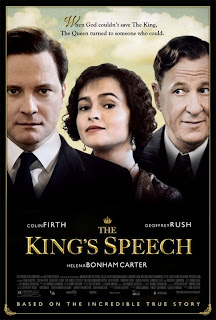 Length: 118 mins
Released: 2010 (USA)
Genre: Biography, History, Drama
Rating: R-rating, some language
Directed By: Tom Hooper
Where I Got It: Borrowed it from Library

The King's Speech follows the Duke of York and his wife. It starts out with the Duke being forced to give a little speech at a horse derby. No biggy, right? Wrong. He has a stammer, so he bombs the speech. For a while, his wife has been hiring physicians to try and remove his stammer problem. However, none has been able to help him, so Elizabeth (the wife) finds the man that can: Lionel Logue. As time goes on Lionel and George (the Duke) train. During this time drama is unfolding in Buckingham Palace: the old king dies, Hitler is on the move, and George's oldest brother has denounced the throne for an American who has divorced two or three times. These events pave the way for George to be king.

There is one word that can sum up this movie: wow. After watching it I was...speechless (don't mind the pun). This movie DID deserve all those Oscars. It's such a touching story. I could really connect with King George, because all my life I've had a lisp and the phenomenon known as tongue-tie. Both of those aren't that noticeable due to the speech classes I had to take in my youth, but it still slips. I've never had to give nationalized speeches to millions of people, but I did/do have to give speeches in front of my peers. All his life he was teased and harassed because of his stammer. Even by his own brother. They use to call him B-B-Bertie. That's awful. Lucky for me I have no siblings.

I was worried I would be bored after a while, but they kept my attention throughout the whole movie. I enjoyed every minute of it! The only thing I can think of that I didn't like was the Archbishop who was played by Derek Jacobi. He was jerk. Also, if I had made the movie I would've showed a flashback of George's childhood when he was talking about it. Perhaps they should have focused a little more on Lionel's life too. Besides that I can't think of anything thing else. This was a great movie.

Out of five stars, I'll have to give it five stars. ^.^ If you have any like of history or a good movie, you should watch this. It's a great inspirational movie that will live on through the decades. I know I'll be re-watching this movie a time or two in the near future. 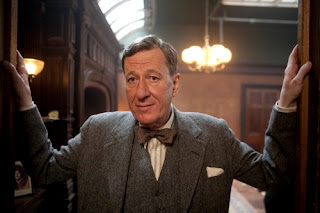 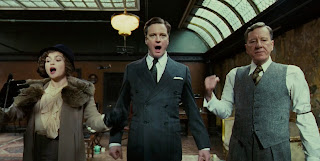 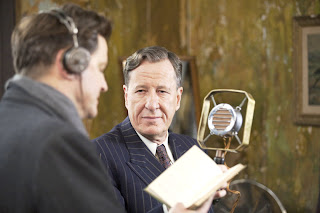 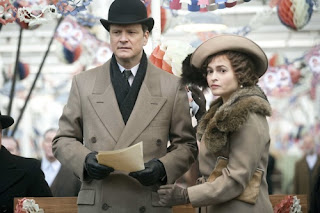 I completely agree with you! It deserved every Oscar is received, especially Colin Firth's Oscar, his talent was amazing.

Yes, Colin Firth was simply amazing in this. I this movie is my favorite out of all his movies so far.

I liked it, but then how could I not like a movie with Firth in it ;)