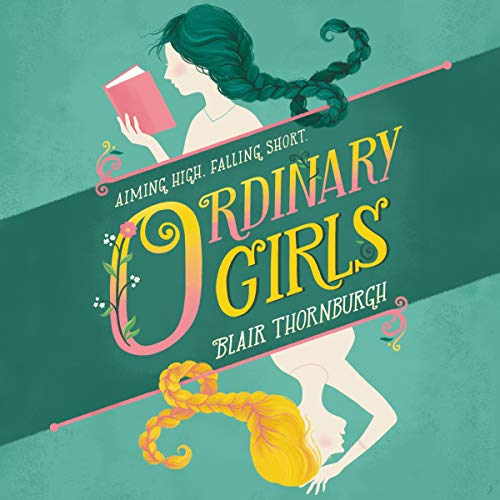 So nothing really happens, and a lot of fancy words are used, but, it was just so lovely to read a YA book where ok so there was some drama, but it was real drama. It was calm, and then a storm might come, but they weathered it.

Patience, aka Plum and Ginny lives with their mum in a crumbling house. Too big, too old, plumbing that goes out, not enough money to care for it.

Their mum only works part-time at the uni, her paintings does not sell. Money is a problem.

Ginny is a dramaqueen in the old sense, I mean 19th century way. All those Austen and Bronte heroes, or wait, Anne, yes totally Anne. Ginny is really smart, but worries constantly how to get into College, and then pay for it.

Plum is the calm, normal one, she is the narrator as she worries about their home, about her sister who is always in the spotlight, and then she gets a secret of her own. And I liked that, something just for her, all so very calm and by accident.

The prose is very flowery, and yes all those fancy words that P likes to use might not be to everyone's taste. But it works so well

It is very sweet, upbeat, and even when they struggle they push forward, at least Plum does. I enjoyed it.

Narrator
Oh she nailed Ginny when she was despairing at the world at times, so drama. She gave  Plum a great voice too. I liked it and made the story flow.

For siblings as different as Plum and Ginny, getting on each other’s nerves is par for the course. But when the family’s finances hit a snag, sending chaos through the house in a way only characters from a Jane Austen novel could understand, a distance grows between them like never before.

Plum, a self-described social outcast, finally has something in her life that doesn’t revolve around her dramatic older sister. But what if coming into her own means Plum isn’t there for Ginny when she, struggling with a hard secret of her own, needs her most?

I received this audiobook free of charge in exchange for an honest review
Written By Carole Rae at 6:30 PM

Strangely fun for a book where not much happened :)

I am intrigued B