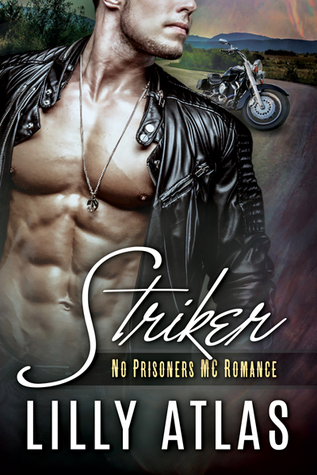 Title: Striker
(No Prisoners MC #1)
Genre: Romance
Format: Audiobook
Published:  August 9th 2016
Where I Got It: My shelf (Audible)

Dr. Lila Emerson is finally free of the shadow of her politically connected family, with her new job in a small town Emergency Room. But her new peace is shattered when she encounters the dangerous, but compelling Striker. He's everything she should stay away from, but all she craves. And since he keeps turning up in her ER, he's hard to avoid.

As Vice President of No Prisoners outlaw motorcycle club, Striker is no stranger to violence. But when it touches the pretty doctor he wants in his bed, he'll do anything to keep her safe. When Striker and Lila are thrust together, sparks fly and passions ignite. Before long they find themselves entangled in a relationship neither saw coming.

The MC can and will eliminate any threat against Lila, but what if they—and the man she's falling for—are the reason she’s in danger?

I've heard of this author and I've been meaning to try her out. Found this book and it fits a challenge or two so I gave it try!


The story follows Lila and Striker. Lila is a doctor who is finally free of her family who are rich and now in politics. All she wants is freedom and a small town where she can save people. There is one problem though...Striker. Striker is the VP of the town's motorcycle club. He is hot and dangerous. A threat comes up that puts Lila in danger and Striker and his club are the only ones who can protect her.


Ooooo I did love Striker. I also loved Jester. The gang was fun. They are all bad boys and deep in illegal stuff and motorcycles. As much as I love a good MC boy...too much danger for me personally. ;)


I liked Lila too especially when we got to learn more about her past. Her family sucks. I would've left too. Screw them. I do wish we would've had more closure with that aspect. But...she is cut off and wants to stay that way. Sooooo I get it...but I feel like there could've been more character development with this.


There was insta-lust for sure. It sizzled with these guys. There was love there too, but they didn't want to admit to themselves. They each had a foot out the door and for good reasons. It was nice to see that their issues were easily resolvable. I just wanted them to get their HEA! And darn their prides and worries!


The narrator did well. The girl voice was meh. But he is super manly so it is hard to really change it up for each female character and make it sound awesome. Loved his voices for the guys. He has a nice voice for the males. Girls though? Atypical and meh.


Overall, I really liked this story and especially our characters. I'm excited for book 2! I'll give this 4 stars. 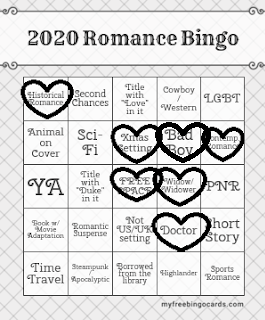 - #2 on THE BAD BOYS OF ROMANCE challenge

SOme men have the silliest female voices, but, eh I grow to like them...most of the time

Glad they both had stuff to work out and did. LOL, manly man narrators have the opposite problem as some of the more soft voiced female ones- their opposite voice. Still, some manage to get me adjusted so I don't mind. :)