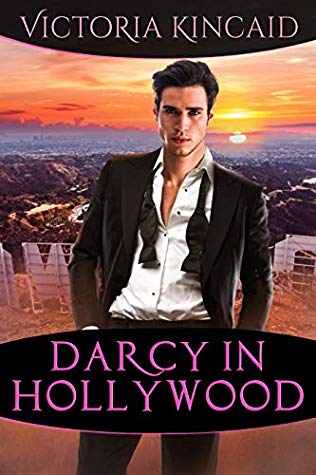 I could have enjoyed it more, but, no, modern Darcy was quite the arrogant asshat.
And Lizzy looked down on everything.

Darcy told her his nanny used to hit him, and she answers him, that sucks. Really, really, wtf Lizzy?

Bingley was quite the idiot too. I know he is the well Bingley! But. what an idiot.

Lydia was older here so the Wickham thing was just silly when Lizzy was all you are 19! Well he is 24. Wow. Ok so there is another twist too, but I like it more when he really is a creep that should be castrated.

Silly misunderstandings, and well in the end I just found most unlikable. There were good parts, so it can get a ok for that, barely

Rich and arrogant movie star, William Darcy, was a Hollywood heartthrob until a scandalous incident derailed his career. Now he can only hope that Tom Bennet’s prestigious but low budget indie film will restore his reputation. However, on the first day of filming, he nearly hits Bennet’s daughter, Elizabeth, with his Ferrari, and life will never be the same. Okay, she’s a little sarcastic, but he’s certain she’s concealing a massive crush on him—and it’s growing harder to fight his own attraction….

Elizabeth Bennet has a lot on her plate. She’s applying to medical school and running the studio’s charity project—while hoping her family won’t embarrass her too much. Being Darcy’s on-set personal assistant is infuriating; he’s rude, proud, and difficult. If there’s one thing she dislikes, it’s people who only think about themselves. But then Elizabeth discovers Darcy has been doing a lot of thinking about her.

She might be willing to concede a mutual attraction, but events are conspiring against them and Darcy subject to constant public scrutiny. Can Darcy and Elizabeth have any hope for a happy ending to their Hollywood romance?

it's been a while since I haven't read a retelling

Melliane
You do know I love mien

I agree that they weren't nice people most of the time. Then again, makes sense since its Hollywood. I struggle with books set in Hollywood.