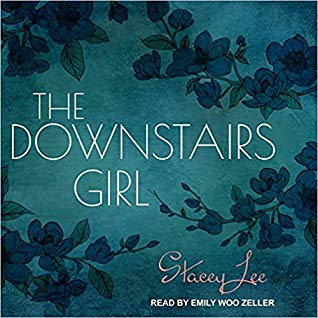 Narrator:
I like the narrator as I have listened to her before, but I did have to up to 2.2 since I felt it was narrated too slowly, but that just makes the story go faster so all good in my book.

She was the perfect voice for Jo.

Story:
Jo lives with her guardian in a basement. Atlanta after the war means no rights for Chinese people, they are not even citizens.

She loses her job and starts working for the family she worked for before, including a certain bratty daughter. She also starts writing an agony aunt column that takes the city by storm.

Did I see the city going crazy over it, nah, not really. I liked what she had to say, she wanted equality and liberty. But far fetched sure, but hey this is a story after all and I really liked how she went after everything. Though the author did try to put in too many issues at once, I know the time gives a lot to talk about, but a focus on a fewer would have been better.

There might be a romance blossoming at the end, nah, did not feel that. I will just choose to see her not going after that.

There is also drama regarding who she is. Who were her parents? I am not saying no to a bit of mystery. I really enjoyed that part. Even if grrrr, it made me want to hit people.

I enjoyed the story, and it did actually never feel particularly YA. I did not even realize it was YA to be honest.

By day, 17-year-old Jo Kuan works as a lady's maid for the cruel daughter of one of the wealthiest men in Atlanta. But by night, Jo moonlights as the pseudonymous author of a newspaper advice column for the genteel Southern lady, "Dear Miss Sweetie". When her column becomes wildly popular, she uses the power of the pen to address some of society's ills, but she's not prepared for the backlash that follows when her column challenges fixed ideas about race and gender.

While her opponents clamor to uncover the secret identity of Miss Sweetie, a mysterious letter sets Jo off on a search for her own past and the parents who abandoned her as a baby. But when her efforts put her in the crosshairs of Atlanta's most notorious criminal, Jo must decide whether she, a girl used to living in the shadows, is ready to step into the light.
Written By Carole Rae at 6:30 PM