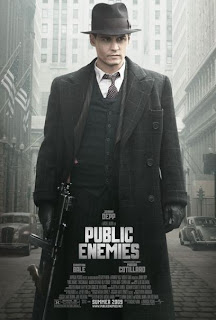 Length: 140 mins
Released: 2009 (USA)
Genre: Crime, Drama
Rating: R-rated, gangster violence and language
Directed By: Michael Mann
Where I Got It: My Shelf (Gift from Daddy)


This movie follows one of the most notorious gangsters during the Great Depression: John Dillinger. It starts off when he was still an unknown gangster and he's busting out some of his pals from jail. The story goes on to cover his career in bank-robbing and his personal life. Also, it takes the view point on the man hired to kill or capture John: Melvin Purvis. Melvin Purvis is also known as one of the men who killed my favorite gangster Pretty Boy Floyd (who makes a cameo played by Channing Tatum). The story goes back and forth between Melvin's and John's point of view.

The film tries not to be biased, but personally I felt it was leaning towards Dillinger's side, which I was rooting for him the entire way. Yes, he robbed banks and yes he killed people, but he always gave money back to the poor. He was a gentlemen robber, who is so darn cute. It's hard to stay loyal to Pretty Boy Floyd.

The movie stars Johnny Depp as John Dillinger, Christian Bale as Melvin Purvis, and Marion Cotillard as Miss Billie Frechette (John's true love). There are a lot of my favorite actors in this film like David Wenham (plays Faramir in Lord of the Ring), Giovanni Ribisi (played Medic Wade in Saving Private Ryan), Stephen Dorff, and so many others. Click here to check out more of the film.

Anyways, I was really excited about this film! In my history class we talked a little about John Dillinger and all the other gangsters, we heavily talked about Pretty Boy Floyd though. I will admit it, I love those original and true gangsters. I've always wanted to see this film, but it's been escaping me.

The first minute of the film, I was addicted. It was hard for me to pause it and go have dinner. Just the way Michael Mann put the film together was amazing. The casting was fantastic and how the scenes played out was perfect. Some of the dialog could have been written better, but besides that the film was seamless. I wasn't a big fan of Marion Cotillard who played Dillinger's love-bird. Maybe I'm just being picky. I did love Johnny as John. He played him the way he was suppose to be played.

In conclusion, I adored this movie! Now I even own it. It was fun and exciting and it tugged at my tear ducts. I believe that everyone should sometime in their life watch this film. You won't be disappointed. Allison was right...I would love this movie and so will you. I shall grant this movie 5 stars! =D 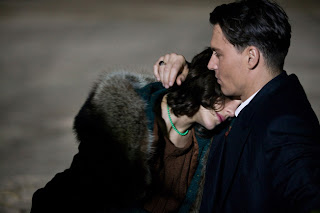 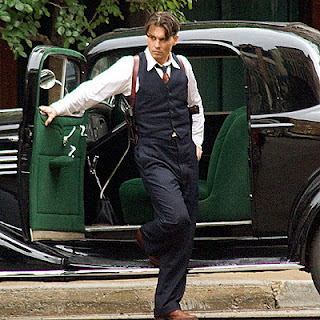 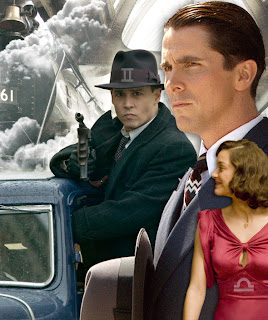 Johnny is perfect. I liked Marion, but I could have done with someone else too!