News: Winter in the Blood Movie...

I had heard many a rumor about James Welch's novel 'Winter in the Blood' being transformed into a movie. I've been following these rumors like a cat following a piece of string. The conclusion is that it's TRUE! I'm super excited. If you don't know, I sing praises to the late James Welch's books. I loved Winter in the Blood a lot and now that I know 100% that it's becoming a movie, I'll be following the news just as tiredously as I am for 'The Hobbit' movie. Here's what I came up with so far:

For those that have read the book, they pretty much have the whole cast.
Chaske Spencer as "Virgil" First Raise (in the book, he didn't have a first name, I don't think)
David Morse as Airplane Man
Gary Farmer as Lame Bull
Julia Jones as Agnes
Lily Gladstone as Marlene

Alex and Andrew Smith are directing and writing the film. They are known for 'The Slaughter Rule' with Ryan Gosling, Amy Adams, and David Morse. Production is scheduled for spring or summer of 2011. It'll be a while before it hits theaters, but I'm willing to wait. *prays for time to go quickly* 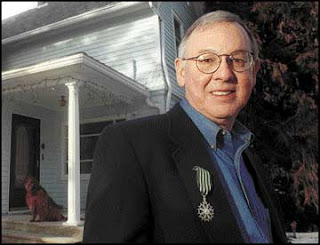 "James Welch was born in Browning, Montana, in 1940 and was raised on the Blackfeet and Fort Belknap reservations. His father was Blackfeet, his mother Gros Ventre, each having Irish ancestors. In the mid 1960’s, the family settled in Harlem, Montana, just off the reservation.
From an early age, Welch dreamed of becoming a writer. He received his bachelor’s degree from the University of Montana and continued his study of creative writing in the university’s MFA program. Welch married Lois Monk, a professor of English and comparative literature in 1968.
His first book of poetry, Riding the Earthboy 40, was published in 1971. In addition to Winter in the Blood and The Death of Jim Loney, Welch also published Fools Crow, The Indian Lawyer, and The Heartsong of Charging Elk.
In addition to his published work, workshops and conferences, Welch taught at both the University of Washington and Cornell University. He was awarded a Chevalier de l’Ordre des Arts et des Lettres by the French government in 1995. Welch died of lung cancer in 2003 at his home in Missoula"
You can find out more and follow this movie through: http://www.winterinthebloodfilm.com/