Audiobook Review: From Scotland with Love by Kelli Ireland 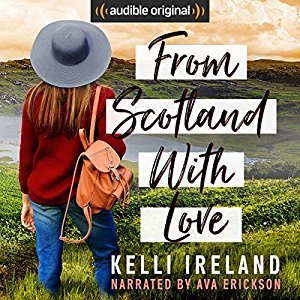 Author: Kelli Ireland
Narrator: Ava Erickson
Title: From Scotland with Love
Genre: Contemporary Romance
Format: Audiobook
Published:  August 1st 2017
Where I got It: Audible
Summary:
Escape to Scotland in this funny, heartfelt audio-first romance about reconnecting with an old love...and discovering new passion.
After her boyfriend runs off to a Buddhist monastery, Molly is stuck with an extra ticket for a bed-and-breakfast trip through the Scottish Highlands. Not wanting to waste the fare, she sells it in an online auction...where it's bought by a man from her past. Now she's stuck rooming with the guy who broke her heart - someone she's never been able to forget.
When Alex arrives in Scotland and discovers that he unknowingly purchased a romantic getaway with his ex-girlfriend, he knows he should walk away. Spending two weeks at a bed-and-breakfast in the Scottish Highlands with his beautiful, spirited ex is a terrible idea. He came to Scotland with one goal in mind - to win an elite photojournalism competition - and Molly is a distraction he can't afford.
But as the stunning Scottish Highlands weaves its magic, Alex's and Molly's hearts begin to open once again. Can they let go of their past for the second shot of a lifetime?
Review:
Randomly stumbled upon this while looking for a book with "love" in the title for a reading challenge I am apart of and it's set in Scotland. Count me innnnnn!
We follow Molly and Alex. They had been a couple a long time ago and they used to work with each other. Alex is a photographer and Molly is a writer. They had been perfect until Alex messes up big time and ruins Molly's career. Time has passed and now Molly's new boyfriend left her and runs off to a Buddhist monastery. Molly is stuck with an extra ticket for a bed-and-breakfast trip through the Scottish Highlands. Not wanting to waste the fare, she sells it in an online auction and low-and-behold it is Alex. Will the Scottish Highlands weave its magic and heal the past wounds and bring them back together?
I have a love-hate relationship with second chances. Sometimes it can work and sometimes it can't. Like normal I was worried about this one.
At first I was totally ANTI Alex. Nope. When we find out what he really did to ruin their love and Molly's career I was not at all on his side. I wanted Molly to kick him in the knee and run away screaming. However....I did forgive him and I wanted them to patch it up and realize they need each other. Yes, he was an ahole BUT he was dumb and young and selfish. People can change...but they really have to prove it.
The last couple chapters had me in tears and I wanted to scream for Molly to wait! SOBS! Yes, yes, they do have their HEA (of course it's a romance novel) but I was so scared for them.
I will say the last scene made me roll my eyes. The epilogue was fun, but the chapter before that was so dramatic. Sure, I was excited but all the cheese. This scene alone was 100% a Hallmark movie scene.
The narrator was fun. Her Scottish accent was a wee bit off but you get used to it. All her other accents were fine but the Scottish one needed a little bit of work.
Overall, I enjoyed the story. I was back and forth about this second chance, but in the end, I was rooting for them. The narrator's Scottish accent needed some work, but she worked for the story and brought the story to life. I'll give this 3 stars. 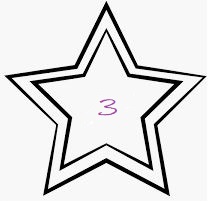 It's a bit too bad about the end

OMG you are three away from the whole card?

Melliane, yaaaa I am a little bummed

B, so close - but I'm not gunna be able to finish the whole card I do not think.

I do love books set in the Highlands. Glad he had the chance to fix what he broke. Young and dumb, yep. LOL, the cheesy chapter.

Yay for one more down on your card.

Oooo the youth. LOL And yess I'm trying to finish the card but I think I'm going to be shy a couple.