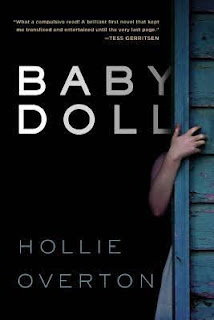 I really liked this one because it made me want to know how it would play out, and it would have been really good too, but...yeah the language felt overly simplistic, and the dialogue was cringey at times. They nicknames were like come on!

But hey a book can still be good, at least with it's simple language it was a really fast read and in truth that is what I needed. Something fast and simple that still hooks you and you just breeze through in a few hours. No need to dig deeper.

The end was building up to some true horror, so it did feel like a fizzle at the end when the end really came along.

Still, a good book that I could not put down despite the flaws it had.

Held captive for eight years, Lily has grown from a teenager to an adult in a small basement prison. Her daughter Sky has been a captive her whole life. But one day their captor leaves the deadbolt unlocked.

This is what happens next...

...to her twin sister, to her mother, to her daughter...and to her captor.

That's good that even with flaws it had you into it until the end. Sounds scary. :)