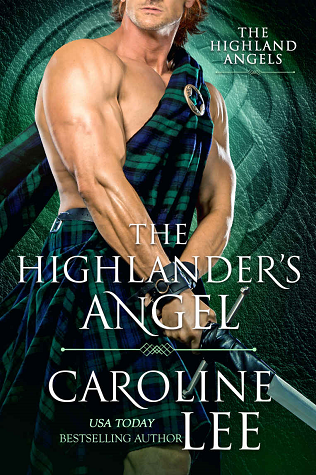 Summary: When Robert the Bruce's queen formed the Angels, an elite group of spies masquerading as her ladies in waiting, she probably didn't imagine they'd be called on to save her life. But that's what happens when Queen Elizabeth is entertaining the Ross delegation.
Luckily, her lady Courtney is deadly with a bow and recognizes the assassin. Court's history with the band of thieves and murderers who raised her means she has a very different skill set than most women in the queen's retinue, and she's not afraid to employ it. But she is used to working alone, and the idea of being saddled with an unwanted partner—particularly when that man is gorgeous, dangerous, and a suspect—is galling.
Malcolm Ross, the queen's longtime bodyguard, can't believe one of his kinsmen could be involved in this dastardly plot. He'll do everything in his power to prove his clan is innocent of treason, even if it means partnering with a testy and deadly thief-turned-spy... One who holds his heart in her hands after that single night they spent together years ago.
Malcolm must choose between his loyalty to his laird and his loyalty to his heart, as Court's "family" proves she doesn't even understand what loyalty is. When metal hits meat, can this unlikely duo learn to trust each other, or will the plot to bring down the Scottish monarchy succeed?


Review:
A while back I had read the little prequel short story and it had made me curious about the other Angels. This was really cheap on Amazon so I went ahead and grabbed it
The story follows lady Courtney who is deadly with the bow and had been raised with a band of thieves and murderers. With her different skills, it is without a doubt a great idea to have her be an Angel for the Queen. After an attempt on the Queen's life, Courtney has a mission to follow a lead. However, she will not be going alone. She is saddled with Malcolm Ross who had been a longtime bodyguard and can't believe one of his kinsmen might be involved in the plot. He will have to make a choice between loyalty to his laird and his loyalty to his heart.
Courtney kicks ass. I wish we could've seen more of her skills in other battles. She's a fun character and I wish we had more time with her. I liked Ross too. Especially with how much he loves his dang dog. So cute! Ross and Court were very cute together and they fit each other well. Ross has his heart on his sleeve and Court is a little cold and reserved.
Oo that baddie certainly was a baddie. However, I feel like there is more going on. I do not think that baddie is the main one we will be seeing. We'll have to read book 2 I guess to see what happens next ;) !
Honestly....I wish we had had more time with Court and Ross. I feel like there was more we could've seen. They had hook-ups in the past and obviously had feelings for each other for years, but I felt like I was missing something with these two. We needed more time to see them fall in love.
All-in-all this was a fun story with a fun cast of characters. I am curious to read more about the other angels. Hopefully, we get more time with them. Maybe we'll see more of Ross and Court in those. I'll give this 3 stars. 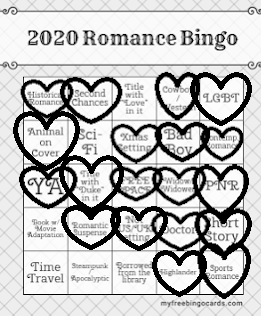 Hmm, just missing that bit of connection to make the romance sparkle. The rest sounds great though with their mission and her prowess as a warrior. Cute that he loves his dog and wasn't afraid to put his feelings out there to her.

Sophia, I hope book 2 is better for the romance aspect.

Not sure I'll pick it up, but I'll look forward to reading your reviews.

Jen, I don't blame ya. I'm gunna see if I like book 2 more before picking up book 3