Book Review: Bellamy and The Brute by Alicia Michaels 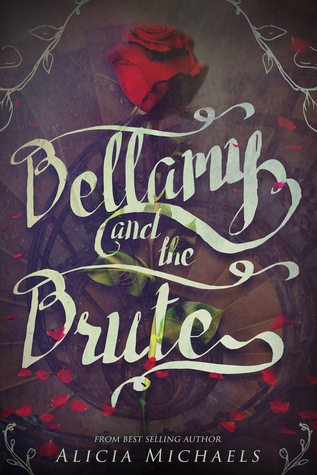 Author: Alicia Michaels
Title: Bellamy and The Brute
(Bellamy and the Brute #1)
Genre: YA, Romance, Murder Mystery, Fantasy, Retellings
Format: ebook
Pages: 300
Published: March 13th 2017
Where I Got It: My shelf (Amazon)

Summary: When Bellamy McGuire is offered a summer job babysitting for the wealthy Baldwin family, she’s reluctant to accept. After all, everyone in town knows about the mysterious happenings at the mansion on the hill—including the sudden disappearance of the Baldwin’s eldest son, Tate. The former football star and Golden Boy of Wellhollow Springs became a hermit at the age of sixteen, and no one has seen or heard from him since. Rumors abound as to why, with whisperings about a strange illness that has caused deformity…turned him into a real-life monster. Bellamy wants to dismiss these rumors as gossip, but when she’s told that if she takes the job she must promise to never, ever visit the 3rd floor of the mansion, she begins to wonder if there really is some dark truth being hidden there.
Tate’s condition may not be the only secret being kept at Baldwin House. There are gaps in the family’s financial history that don’t add up, and surprising connections with unscrupulous characters. At night there are strange noises, unexplained cold drafts, and the electricity cuts out. And then there are the rose petals on the staircase. The rose petals that no one but Bellamy seems to be able to see. The rose petals that form a trail leading right up to the 3rd floor, past the portrait of a handsome young man, and down a dark hallway where she promised she would never, ever go…
As Bellamy works to unravel the mysteries of Baldwin House and uncover the truth about Tate, she realizes that she is in way over her head, in more ways than one. Can her bravery and determination help to right the wrongs of the past and free the young man whose story has captured her heart?


Review:
I love retellings as you know. ;) So when I saw this as a freebie I had to pick it up and check it out.
The story follows Bellamy is offered a summer job babysitting for a wealthy family who is keeping a secret about their eldest son, Tate. Bellamy, who has also been rumored about and made fun of her whole life, wants to dismiss all these rumors and will just do her job. When she starts her job she is told she can never go on the 3rd floor so this makes her curious to know what the truth is. She is about to uncover more secrets than she ever imagined.
Is it wrong I enjoyed the mystery aspects more so than the romance element? The romance between Tate and Bellamy was cute...but I was invested in the mystery...which was awesome. Well done. There are a lot of secrets and a lot of murder in such a small town. Grrr to the baddie.
I liked Bellamy but Tate....meh especially after finding out a cruel person he was. Yes, yes, he is supposed to be a beast but he was such a terrible bully. I'm glad he became a better person but why did it take Bellamy telling him to make amends on his own? SIGHS. I wanted to shake him.
The kids were cute. I felt bad for them.
Bell's dad was adorable.
This was a quick read. I am curious about book 2 because I am curious about what mysteries they are going to have to solve next.
Overall, I did enjoy this. I was more intrigued by the mysteries. The romance element was just okay. Maybe I'll feel different in book 2. I'll stamp this with 3 stars.

Ya romance, oh tough one, dunno

Yess but I liked it overall.

I love that there is a mystery element besides the modern retelling romance. I like the sound of this one.