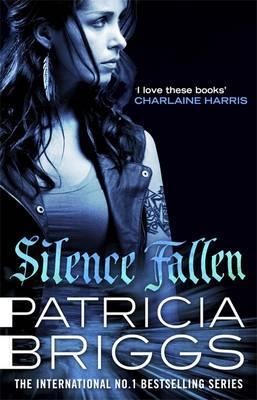 Attacked and abducted in her home territory, Mercy finds herself in the clutches of the most powerful vampire in the world, taken as a weapon to use against alpha werewolf Adam and the ruler of the Tri-Cities vampires. In coyote form, Mercy escapes only to find herself without money, without clothing, and alone in the heart of Europe...

Unable to contact Adam and the rest of the pack, Mercy has allies to find and enemies to fight, and she needs to figure out which is which. Ancient powers stir, and Mercy must be her agile best to avoid causing a war between vampires and werewolves, and between werewolves and werewolves. And in the heart of the ancient city of Prague, old ghosts rise...

My thoughts:
Wooo, finally :D I wanted to wait for the US pb  but could I could not stand it any longer.

I liked seeing Mercy on her own. It was a nice change for once, and yes sure I missed Adam and the pack. We still got Adam's pov as he searched for her. But yes it was nice seeing her do her own thing.

She gets kidnapped and then she escapes. All alone in Europe. Who to trust? We meet some new people, learn some new truths? Nah, not really. But she does it on her own because she is cool like that.

I do not have a lot to say. I mean it is book 10. It was a good one and I liked the new setting. I would actually have preferred more Mercy and less Adam, haha, well he was just trying to find her and she was exploring.

It did not take a long time to read,  mostly cos I wanted time to fly by, and I really wanted to finish it.

I do love my Mercy books