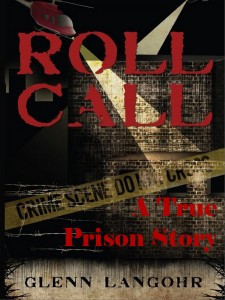 Vince wrapped his body around Candy’s in a spoon
position. She was facing the other way and he breathed
in the fragrance of her shampoo and thought about
things. I’ve been out of prison for almost three years;
I’m off parole and back in Orange County. Why did I
feel so drawn back to this county? Why didn’t’ I just
stay in Bakersfield with my Mom where parole and life
was so easy? I know why, life is boring out there and I
missed this area.

Feeling Candy’s heart beating too fast and her foot
kicking, Vince thought about being released from
Pelican Bay and then High Desert. He remembered
paroling with Damon and the pact he made not to
do any more speed no matter what! He remembered
telling Damon how he could see that speed the biker
slammed into his vein clearly, how it sent him off on a
path that went in so many directions, but guaranteed
that it would end in prison. Now here he is, discharged
from parole and back in Orange County with this
gorgeous girl, Candy for the past two months. Her
heart is beating too fast.

Vince thought, Candy got out of rehab two months
ago and seemed to fall in love with me instantly. Now
I know I’m in love with her. Vince looked at the alarm
clock he’d set up with the small mirror angled just right
until he could see Candy’s face. Her eyes were open and
her eye lids were flashing open like a butterfly’s wings.

Vince thought about what he’d heard about Candy.
There were rumors she had been an escort, a high priced
one. It was said she used to have a route through the
most expensive gated communities in south Orange
County where she stopped and did what she did to get
her bills paid and clothes and other presents bought for
her. Supposedly she didn’t have sex with any of them,
rather she was more like a mobile stripper who teased
and flaunted her way through wallets and credit cards.

Vince laughed, I should have known, with her name,
Candy.

Vince looked at the alarm clock right as it went
off at six am... He watched her pretend to just wake
up, yawn and get up. He watched her sexy voluptuous
angular body walk to the bathroom in a G-string and
thought, she is a candy bar, though. As soon as the door
closed Vince reached over to the table and looked in the
handbag she seemed so protective of. Her paper work
for the lawyer she worked for was in there, so were two
pairs of stiletto heels, a mini skirt, lingerie, and a video
camera. Vince pulled out the small video camera and
slid it under the bed. A half an hour later Candy walked
out.

She walked out dressed in a tan business suit looking
like a model receptionist and sat on the bed. Vince
looked into her brown eyes and kissed her pouting lips
possessively for a couple of minutes. Then he stared at
her curly brown hair and angel shaped face as she said,
“Vince I want a family life with you honey. That’s my
dream, so don’t forget it. I have to go to work; I’ll be
home for dinner. Love ya.”

Vince pulled out the video camera. The little blue
hand held camera had the name Candy 007 on it in
glittered stickers. He hit play and watched Candy in
her other life. The video showed the footage was from
two days ago. Vince thought, right when I felt her
feet kicking and her heart beating too fast. The video
played. Vince watched Candy video herself driving in
her Range Rover to the Smut Peddlers playing on the
stereo. Candy was wearing strappy stiletto heels, a mini
skirt, a top that showed off her uplifted breast and tan
skin, her hair in pony tails, sucking on a sucker while
dancing to the music. Vince saw her pulling up to a
gated community. A gate guard came to the window
and Candy said, “I’m Candy for Vladimir. He should
have called me in already.”

Vince stared at the gate guard and knew the
community. It was the most expensive gated community
in Santa Margarita. He watched the gate guard hand
over a pass and Candy drive in. The video stopped and
started again. This time, someone Candy called Vladimir
was holding it and following her around. Candy walked
into an extravagant kitchen right to the refrigerator and
pulled out a bottle of Stolichnaya Vodka like she knew
the place well. Candy asked, “Don’t you have any Grey
Goose Vodka? You know that’s my favorite.”

Vince heard the man holding the video’s deep voice
say, “I’m Russian, what do you expect... Are you back
on your mobile escort tour now that you’re out of rehab?
And what’s up with your job working as a receptionist
for that lawyer, is it just a front?”

Candy smiled for the camera while she poured half
a glass over a couple pieces of ice. “You ask a lot of
questions. Yes, I’m back in business. It’s hard to let go
of the kind of money I’m worth. The lawyer I started
working for uses speed and heard of my infamous
reputation. He hired me because of it, so you can assume
what kind of work I do for him. Now back to business.
Do you have any more speed for me and can you pay my
Range Rover payment Vladimir?”

“It depends. Take off your G-string and throw it
to me. You’re going to have to go up to my room and
dance for me for a couple hours. Are you going to let
me taste you yet?”

Candy lifted a leg and climbed out of her G-string
and lifted the other one and did the same thing. She
threw it toward the voice and said, “Eventually, if you’re
really good to me, I might let you taste my candy.”

Vince felt a pain foreign to him as he heard the deep
voice laughing, following Candy up the stairs with her
ass swishing back and forth underneath the skirt. Vince
realized what that foreign pain was, his heart breaking.
He took a deep breath that got caught in his throat
thinking about how long he’d been lonely, locked in a
cell. His saw his hand holding the video camera shaking
and set it down right as the phone rang.

Vince detected in the tone of his voice the knowledge
of the camera and gritted his teeth.

Vince detected the desperate tone of his voice and
hated it.

Vince heard Candy’s voice crying, “No it’s not okay.
I can’t be trusted, I’m too dysfunctional.”

Vince said, “The story of my life,” to the dial tone.

Has something happened to your blogtext? It's all funky looking

IDK. I think its just this...because that's how it looks on my word document. *shrugs*