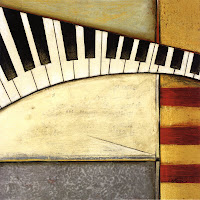 I've noticed that I haven't incorporated my love for music in my blog. I thought long and hard how to do it for about 15 minutes (haha) and I came up with this. 'Music Monday'. Every week I want to show a music video or a video that means something or something I really like. We'll try it out and see how it works out. ^.^

This week I'm going to show you a couple videos. You don't have to watch them of course. ^.^


The first video is a Marie Antoinette video by  broadwayfanatic124. The song is 'Leave Out All the Rest' by Linkin Park.

" This is a Marie Antoinette video showing the relationship between Marie Antoinette and her daughter Marie Therese. Marie Thérèse was the sole surviving child of Marie Antoinette and Louis XVI. She spent three years of her girlhood in revolutionary prison where she was seperated from her brother, mother, and aunt after the death of her beloved father. She would always remember her family throughout her entire life. Including marrying her cousin the Duc d'Angoulême as it was her mother's wish. I used the blue clips to represent Marie Thérèse because when she was at the Hofburg in Vienna wore clothes of vivid royal blue (the color of her ancestral Bourbon banner) instead of mourning clothes."

This is a funny one I think you'll enjoy. It's called 'The INavigator' by nigahiga
I hope you enjoyed the first 'Music Monday'.
<3 CR
Written By Carole Rae at 7:54 PM