Joint Review: Daughters of the Blood by Anne Bishop

Hello all! We will be discussing "Daughter of the Blood" by Anne Bishop. Blodeuedd is in red and Carole is in purple. 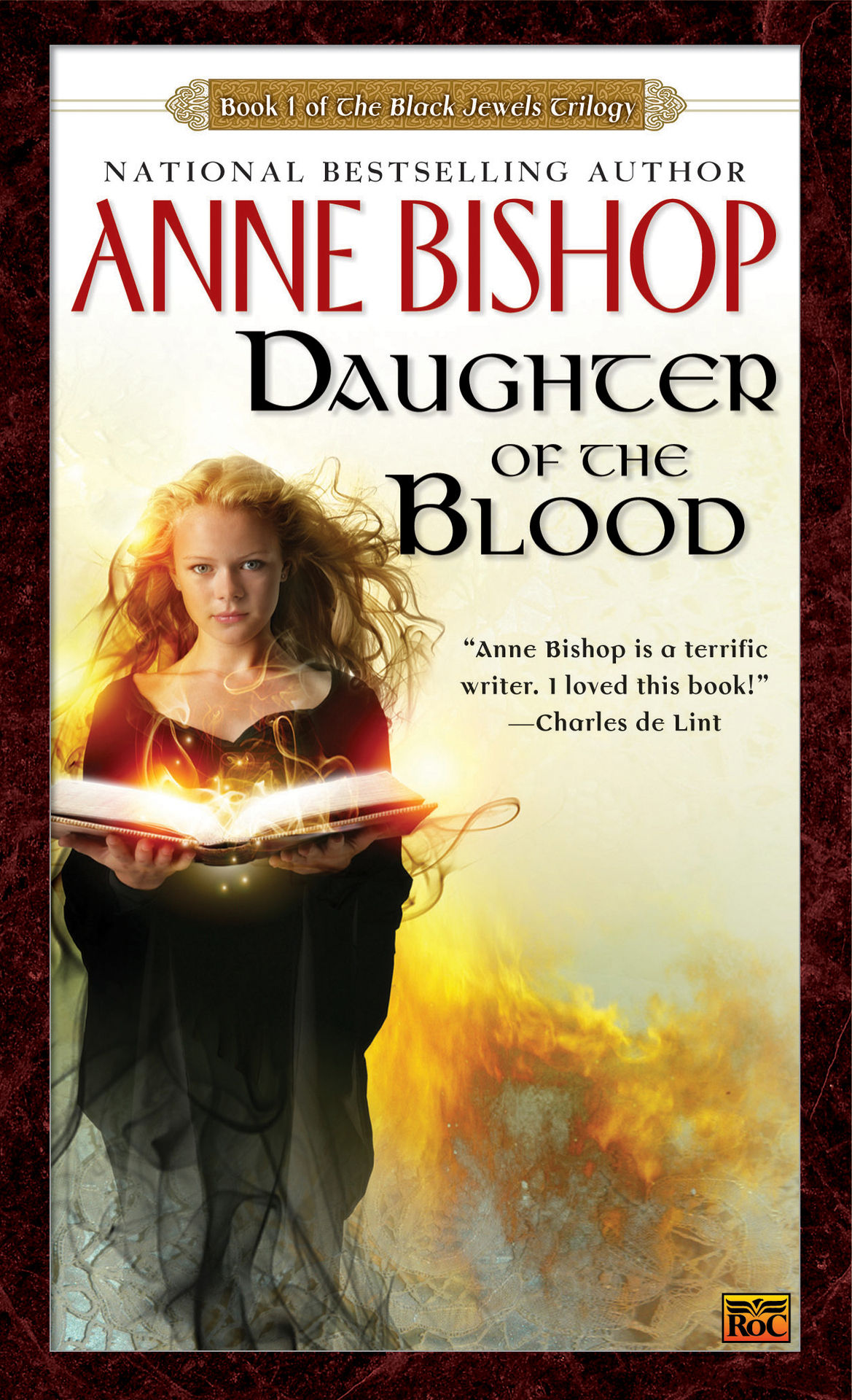 Summary:
The Dark Kingdom is preparing itself for the fulfillment of an ancient prophecy--the arrival of a new Queen, a Witch who will wield more power than even the High Lord of Hell himself. But this new ruler is young, and very susceptible to influence and corruption; whoever controls her controls the Darkness. And now, three sworn enemies begin a ruthless game of politics and intrigue, magic and betrayal, and the destiny of an entire world is at stake.

Discussion:
I dnfed this once before, but hell it is Bishop! So I tried again. Big mistake
I’ve been itching to try some other stuff by Bishop since we don’t have a new one yet for the series…..this sounded SOOOO good. :/ Which it started off okay…but yeah…
It was just so boring. I did not care about ANYONE. And the way it was built was just scattered somehow
Sighssss yes. I didn’t really connect with anyone. They all seemed so 2D and just atypical and boring.
I was just reading reviews on GR, you really either love it, or dnf it, lol
LOL I did the same thing. Some folks are IN LOVE and just raving about it. Some, like us, are meh. I wanted to like this so bad. The first like 20 pages (or so) I was super vibing with it, but then I literally struggled to finish. I had to push myself.
I had to start skimming, I could not have finished any other way. It was freaking impossible.
Yes I started skimming the last 40% of the book. I was literally falling asleep and I wanted to DNF, but I knew we wanted to discuss so I just got through it.
Same, I only finished for our discussion. And ugh, like wtf, it was getting so freaking pedo.
RIGHT? Like I kinda liked one dude at first (Daemon I think it was???) but they all got weird.
Yes! I was all ok, sure weird, but at least he does not fancy her, and then he was getting feelings. Like wtf dude, sure you held off, but that is a child. He was attracted to a child. Ugh such a pedo book
Oof it was rough. Like creepy everyone. Maybe if she as like 16…I could forgive it bc it is a mediveal fantasy, but she was YOUNG.
Just euw euwwwwwwwww.
Maybe later books are better bc she is older and whatnot, but IDK. It kinda bugged me how adult this was and the main character is like a kid.
Considering how it ended. Euw. And nope, he liked her now so he is ruined for me. May he burn in hell.
And I know she was like I will write this cool book where men are whores, but it does not feel flipped around. He is what? I forgot, centuries upon centuries old and has to whore for everyone?!
Just weird. Super weird.
And the whole jewel thing frankly confused me.
Yeah. When I felt I understood….they threw something else and then I was confused again. The world, in general, confused me.
I felt like I needed a map and a glossary
OMG yes that would’ve been super helpful!! I feel like we need a short story just about the world and stuff.
The world was helluva confusion. Like was this all hell? Yeah, whatever.
I also felt like all women were bitches…or saints
Like I said earlier. All 2D. The nice ones were just saints and angels. The bad ones were just mean to be mean. No reason just angry bitches. I get the side characters being a lil flat…but the main characters even felt like stereotypes and simple. Too simple.
A very simplistic world and character building
Too simple which is a bummer for sure! The author in the other series we love built such a wonderful set of characters and a world that was so fleshed out!
I will always love that world. This one, no
Which is a bummer. I was really craving some medieval fantasy! Sighs.
I am reading some reviews for book 2 now. Someone called it a clusterfuck
Oof that is no good. Maybe I’ll try book 2 one day if I am bored and not sure what to read LOLLL
I was stupid and bought and omnibus so I have them all
Girrrrrrrrrrrl. We’ll have to try book 2 one day together I guess. Hahahaha
Nooooooooooooo
Hahahahaha maybe in like 5 years when we forget about this one ;)
Can I ever forget?
Maybe? Time heals all wounds?

Carole and Blodeuedd have been blogging for a long while now. For the last few years the epic duo has been discussing books, watching movies, and even wetting the pen and sharing their stories with the worldwide web. They both love cats, chocolate, and a good story.

Big no thank you

Okay, good to know. I've not picked up this series, but I know some who love it. I have always been on the fence. I'll just wait for a new OTHERS book... hopefully in 2024.

I was always curious about her other books because The Others world is so fabulous. You bring out stuff that I know would make this a disappointment for me. So, re-listens of The Others it is. :)

Indeed. The Others are too good.