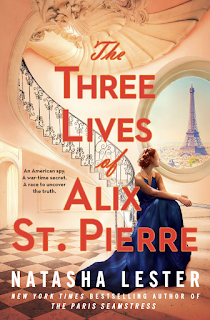 Sounds like my kind of read. Thanks for putting it on my radar, Carole!

I'm fine with the beginning of a book being slow as long as the rest of it is good.

Yeah spying would not be my kind of job either

I do love historical mysteries and this sounds interesting. I'm glad the time shifts weren't confusing.

Sophia, you are welcome! It was so good.

B, it would be hard.