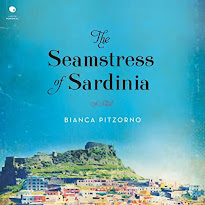 It is the tale of a seamstress in the early 1900s. Life is not easy, her grandmother takes her in and teaches her her trade.

Her work takes her into other lives. Esther who marries a nobleman. The Americana, a journalist, who lives life her own way. A social climbing family who will have their downfall, and more.

It shows life as it was back then in Sardinia. And some really messed up things. Most shocking was the whole thing how a woman could be completely be cast out if she was unlucky. And because she had no home she would be branded a prostitute and sent to a brothel. I mean how many ways of effed up is that? It was not easy being a woman back then and the seamstress will learn that too.

The ending is so bittersweet. I was actually rather upset. But then it turned out well in the absolute end. Still, it does show that life is never eas.

I liked the narration. It fitted well with the era and tone. It flowed so well

Born into poverty, the seamstress spends her days sewing in the houses of wealthy families. Her work is simple and honest; taught by her nonna, she skilfully prepares nightgowns, undergarments and children’s clothes, leaving the finer work of dressmaking to the ateliers in Paris.

Her story weaves in and out of the lives of the people she works for, whose secrets and scandals she is privy to. Some are kind and generous, others blinded by their desire to climb the social ladder. She dreams of freeing herself from the hardscrabble life she has inherited but can’t help being pulled back in by the love of the people around her.

I haven't read this one but I'm glad it was good.

They really had a bugaboo about bad luck, wow!

Mary
yes a good one

Carole
It does get sad

Sophia
I know, I blame men!