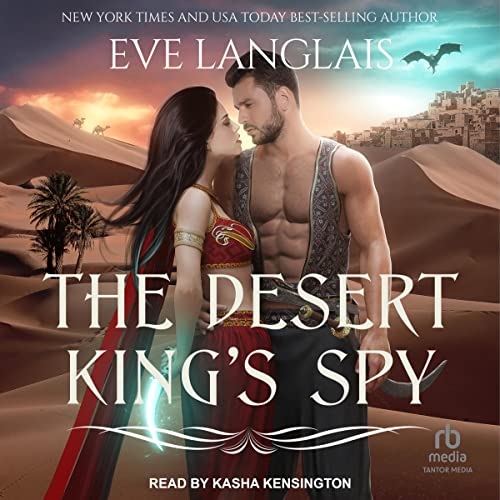 Asharee was interesting. She lived in a dangerous world where monster could show up and eat you. And that is how she ended up in a pleasure house, but, one where she ruled herself and put up rules. She is also an amazing spy.

But yes this world is falling apart. How to save it?

She is sent to spy on the king. Bad bad idea. She might be good with potions and making men think one thing, while she is getting info from them. but they are not the king.

Obviously they will fall in love. Hunt down some monsters, and live happily ever after.

I enjoyed the book. Danger, some romance they had to work for, and an interesting world.

Good narration that pulled me in. All that danger and tension was handled so well. A book that works really well in audio

Asharee lost her family in a monster attack and learned to survive on the streets. It's a hard life, so when she's offered a chance to escape, she decides to look past the reputation of the person offering. Best decision ever. While a house of pleasure might seem like a bad place for a young woman, the truth is Asharee's never been safer. The gradeenas protect their tizanas. And so she learns how to entice, to dance, to seduce with her eyes and a shake of her hips. But what happens later in the privacy of her room . . .

It's only an illusion because Asharee's mentor taught her alchemy. With her potions, she can make her clients believe the fantasy she weaves with words—and get them to spill their secrets. When an old friend asks her to spy on the king, she must resort to a disguise to get close enough. Only he's not as expected. For one, Daksh sees right through her deception. And still wants her.

Together, they will travel to a place long forgotten to try and save a kingdom. They will face a peril unlike any. Be tested to their limits.

And if they prevail, they will have to figure out if there's a future for a spy and her king.

The cover is so wrong bts. Everyone hides their faces

But I like the cover...but it is annoying that it doesn't really fit

The cover is so Arabian Nights cool.

I want to read this one at some point.