Tell Me Something Tuesday: Abrupt Endings Are the Worst 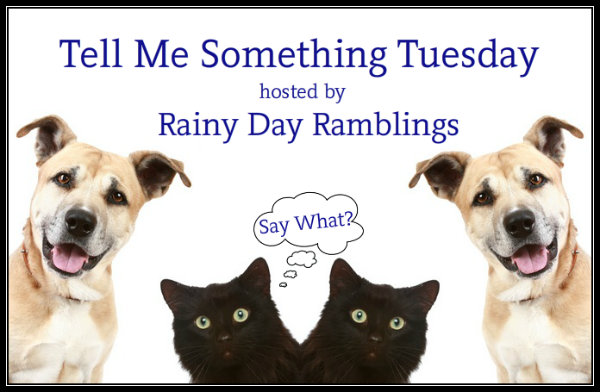 Tell Me Something Tuesday is a weekly discussion post on Rainy Day Ramblings where Rainy discuss a wide range of topics from books to blogging. Weigh in and join the conversation by adding your thoughts in the comments. If you want to do your own post, grab the question and answer it on your blog.

What is worse: cliffhanger, abrupt ending or open ending?

A good question indeed! All three can be horrible.

I would have to say the abrupt ending. No one likes abrupt in any form. In movies, shows, or books. Or even music for that matter! Some sort of ending is better than nothing. I’ll even take a cliffhanger because there is something there and something to intrigue me and let me know there is more to come in the next installment(s).

An abrupt ending makes me feel the author was too lazy to finish the story and didn’t know what else to do so they simply just STOPPED and called it an ending. At least with the other two, there was some thought put into it. Even an open-ending has a lot of thought. There is an end, but it does allow the reader or watcher to think.

Also, an abrupt ending is not effective. It pisses (pardon my language) people off. Much like the ending of the infamous ‘Sopranos’. A dare you find a single fan of the show (I never watched it myself) that would applaud the abrupt ending they had there. This form of ending is so unused I cannot even think of a good book example while I can think of a million examples for the other two. Unused because it is the worst ending you can do to your fans.

Yes. Abrupt is the worst and should be avoided by all.