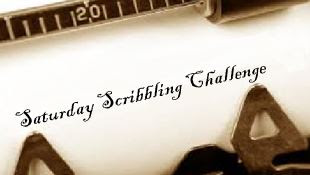 This month we chose a theme...classic art. Fun! 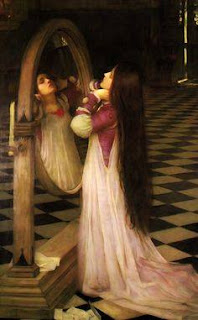 "Mirror, Mirror on the wall, who is the fairest of them all?"

"You Snow White, you are the fairest in the land."

She turned away with a bitter smile. She might be fair now, but 10 years of marriage, of child birth and neglect did not maken you more beautiful. She had been so fair back then, young and pretty. Happy to have met her Prince. Her prince who had kissed a seemingly dead woman. She really should have understood that something was wrong with him back then. Instead they had married, and she had suffered through their marriage and cold marriage bed. He did what he said was his duty, but as she was not dead anymore, she held no interest to him. She shivered at the thought, and how he had tried to, now she would not think of those dark times. It still gave her nightmares. It still made her throat ache, the need to take deep breaths filled her lungs and she closed her eyes. Do not think of that. She moved on.

She gave the mirror one last look. It was her curse, and she knew that one day it would say someone else. Another pretty name. And that day the bitter resentment would fill her, and fill her with a need to hunt and kill. She already felt it looking  at the young maidens coming to court. All pretty and young. Even her own daughter promised to be a beauty when growing up. All while Snow would fade. She was only 24, but felt so old, so old compared to the ones her husband favored. She was a matron. An old woman with 6 children.

She closed the door behind her and locked it. This was her chambers, her dirty secret. How she would stare into that mirror for hours.  How the longing would fill her, the longing to stay young and beautiful forever. She knew her wizard was cooking up new potions for her, to make her skin glow, her hair grow longer and darken. Her...she hurried her steps, lost in thought. She had to be fairest of them all.

The snow was melting as Lady Elspeth stared down at the rows and rows of soldiers forming. The sounds of metal and wood clashing disturbed the morning silence and peace. Yells of orders carried on the wind. Lady Elspeth gently placed her hand on the window ledge and the other hand on the side of the window. Her face was stone cold, but if you looked deeply in her eyes you could see the pain and despair.

Today was the day.

Her husband’s troops trained and waited all winter for the snow to melt, so they could begin their journey to fight for freedom. Lady Elspeth wanted freedom as much as any other good Scottish woman, but at what cost? Why did freedom have to cost nonstop bloodshed? Why could freedom not be won by words of persuasion? The English King was barbaric, but the right words and the person could influence the King? However, this was a man’s world and the world was full of fighting, pride, and blood. It was a shame. If only this was a woman’s world. Maybe someday.

“Come from that window. You are letting in a chill!” Demanded Lady Elspeth’s mother-in-law, who sat bundled up in furs by the fireplace.

“In a moment, Mother.” She replied. With a sigh, she took in the winter breeze. As she was about to shut the window. A familiar man came into view on his gallant black and white horse. He walked the horse under the window.

With a strong voice he yelled up, “Elspeth! Elspeth my love! Give me your smile!”

Lady Elspeth’s stone face melted away with a glorious smile. She replied, “You are nothing but a charmer dear husband!”

He and many of the men around him laughed.

Lady Elspeth continued, “Dear husband! You best come back in tact! Here,” She took her ribbon from her hair and dropped it down to her husband, “take this piece of me. It’ll remind you to come home!”

Her husband jumped off his horse and fetched the green ribbon that held together the braid from Lady Elspeth’s hair. He inhaled the smell of her hair from it. With a smile up at her, he wrapped the ribbon around the hilt of his sword, “I fight for the freedom of not only Scotland….but of my wife and son! May they live in a world where they can be free!” Without another word, he jumped back up on his horse and led the troops forward.

Lady Elspeth’s smile hardened back to stone. She waved a last goodbye and closed the window.
Written By Carole Rae at 11:33 AM

*claps* We are late this month, but we did well.

And then he died!
Mouwhahahaha

Snow White came out of nowhere and killed him. D:

You were good, dear ladies but please, more gore next time! ;p