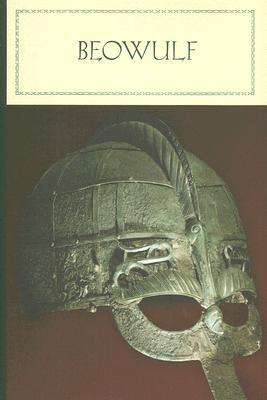 Part history and part mythology, Beowulf opens in the court of the Danish king where a horrible demon named Grendel devours men in their sleep every night. The hero Beowulf arrives and kills the monster, but joy turns to horror when Grendel’s mother attacks the hall to avenge the death of her son. Ultimately triumphant, Beowulf becomes king himself and rules peacefully for fifty years until, one dark day, a foe more powerful than any he has yet faced is aroused—an ancient dragon guarding a horde of treasure. Once again, Beowulf must summon all his strength and courage to face the beast, but this time victory exacts a terrible price.

This is my second read through of this story/poem. The first one I had read was super, duper long while this version was a shorter version. I honestly feel the shorter version is better since it gets to the heart of the story. The original, longer version was very drawn out and bleh.

The story of Beowulf is an old, old classic and I feel it is a story everyone should read at least once in their life. It was the catalyst to the stories and poems we have today. It influenced so many works. Plus it’s a fun read as well!

I would like to read this in the original language one day. I feel it would be much better. There is just something missing in the English version.

It is a very basic story and at times yawn-worthy compared to some other stories that are considered Epics. This basic story is told in a basic way. However, it is still fun and worth the read. Beowulf becomes a mighty warrior, who slays an evil monster. He becomes a great King and then fights an evil dragon. In the end he dies and everyone is sad.

In the end, this second read was much better than the first time I tackled this story. This version was smaller and done better than the other one I had read. It’s a quick read. Some slow parts, but still nice. My dream is to read this in the original language, but alas, I doubt it will be so. I do recommend any book lover to give this a read since it is the catalyst for many of the stories we know today. I am going to give this 3 stars, which is one more star than last time!

Melliane, really? Well can't win them all. ;) Plus its not your typical "poetry".

Boewulf is a must for every lit fan. It started so many tropes that are present in contemporary novels and/or poetry.