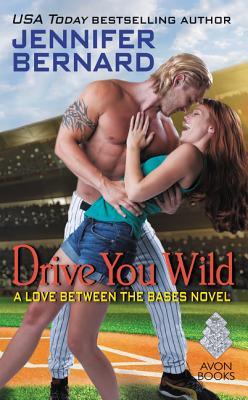 Kilby Catfish left-fielder Trevor Stark is a ballpark legend. With his good looks, hitting records, and played-for-the-fans arrogance, Trevor makes women lose their minds and men lose their cool. But every time the major league team comes calling, Trevor purposely keeps himself in the tiny Texas town. Why is heart-tuggingly top secret. Until the team owner’s daughter comes to Kilby . . . trying everything up her sexy sleeve to make Trevor talk.

Divorced and disillusioned at twenty-four, Paige Mattingly Austin Taylor is suddenly starting fresh as an intern at Catfish Stadium. She should want nothing to do with the sinfully hot ballplayer her dad warned her to stay away from. But when she discovers what Trevor is hiding from everyone, she realizes there’s much more to him than his face and multi-million-dollar arm. There’s a heart she seriously hopes to win.

My thoughts:
Ok so I understood why Trevor was the way he was. He needed to stay in the minor league cos else baddies would find him, and kill him. So he gets into trouble, but he loves baseball. Poor man, he just wants to play. But still why play the first place! Or move somewhere else wont ya.

Also baseball is one boring sport...just saying ;) I am so not familiar with it.

Anyway, Abby comes back home after her husband cheated on her. He was an idiot. She starts working for her dad, and meets bad boy Trevor.
But he is bad news.
And she did just get a divorce from her idiot husband.
And there are bad guys after him so he keeps secrets.
But he is so fine, she thinks
And she is so nice, he thinks.
So they date, all while he worries about his past. A past that obviously will come calling to build a bit of suspense.

Conclusion:
There is romance, danger and baseball.

Then you must read one