2-in-1 Short Story Review: Highland Secret and Thief in the Light 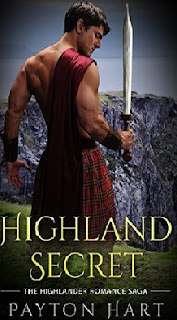 A betrayal. A revenge. Their passion. A secret.
Kallie's entire world is burnt to the ground. Gone are her family, her friends, her home; all that is left is the revenge that she would like to take on the man who is responsible. Pushed to the coast for living, Kallie starts working and saving to take the trip back.

Before she does, she meets Liam, a quiet and handsome man with a very large secret. The secret? One that could destroy any hope Kallie may have for a happy future.

This is one of those short stories that I wish had been longer. Not because I wanted more out of the story, but because I think it needed more to be better. There was a lot of potential for the story and the characters. However, things happened so quickly and I wasn’t sure why these things happened.

I wanted more backstory about Kallie and about Liam. I wanted to know more how they knew each other before the tragedy. Why were they friends? Weren’t they from different circles of society? Their relationship seemed not possible without the backstory.

I will admit the secret was good. However, it would have been a deal breaker for me. I’m not sure how I would handle it if I was Kallie…

This needed more. It was decent. Just meh without the backstory. I’ll give this 2. 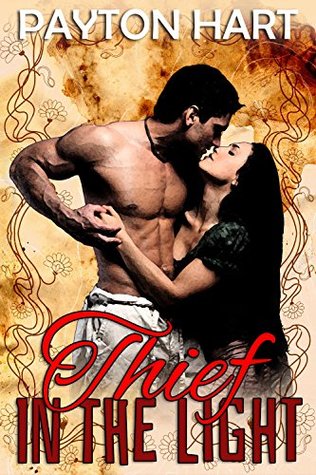 Author: Payton Hart
Titles: Thief in the Light
Genre: Romance & Short Stories
Pages: ebook
First Published: May 11th 2015
Where I Got It: My shelf (Amazon Freebie)

Jenny Hunter was only about to turn thirty-one, and yet she has already begun to realize her dream of become a passionate dance instructor. If that wasn’t wonderful enough, Jenny has a loving four-year relationship with the boyishly handsome Elliott Wilkes. Both avid adventurers, they share a common love of hiking and exploring; taking frequent, romantic weekend getaways to the beautiful lakes and forests of New York. Elliott, a successful comic book artist, is blissfully in love with Jenny. His endearing, childlike sense of wonder never seems to get old, and he’s always bringing out Jenny’s energetic, youthful side.

But there is trouble in paradise, and the couple finds out that no relationship is easy. His irresponsible nature is difficult for the logical and sensible Jenny to cope with. Often struggling to communicate with one another, their arguments have begun to spiral into dysfunction. Despite that, they often talk about spending the rest of their lives together, and Jenny couldn’t imagine her life without Elliott.

It isn’t until she meets the complex and wildly alluring Johnny Harlowe, that Jenny’s heart is plunged into an unfamiliar, burning desire. Johnny, a travelling dance coach, is hired for her studio’s upcoming showcase, and immediately feels a connection to the strange and radiant Jenny. Torn between her life with Elliot and her fascination with Johnny’s entrancing demeanor, Jenny fights to secure control of her heart. But Jenny soon discovers that security is not what she is yearning for.

Honestly…I wasn’t sure if I was going to like this or not. Seemed like a total meh when reading the summary, but I decided to give it a go since it was a freebie and attached to the back of the previous short story. Why not?

In the end, I really liked it! It was quick, but it was good. It was long enough to get the story out and develop the characters. The romance was a little far-fetched and cheesy, but hell…it worked for them. Normally cheesy romances like this bug me, but even as insta-love as this was they had their issues.

Quite honestly, it made me happy that the dancer lover is not a perfect dude (I can't remember is name - is it Johnny? Jackie? I'm not 100% and I don't really care) that I thought he going to be. He can be a total jerk! He calls himself a "perfectionist", but he was a total jerk.

Sadly, I am team Elliot. I wasn't a huge fan of the dancer lover. Maybe its because I prefer stability and not a hot romance that will more than likely be snuffed out in like 5 years?

I totally felt bad for Elliot. He truly loved Jenny….but I get why she left him. She wanted marriage and a family and he didn’t want that. After she left him, poor Elliot realized he wanted to be with her and have babies with her, so he went and begged to have her back, but she gave a big N-O and decided to be with her dancer lover. Poor Elliot.

I don’t understand the title? It doesn’t seem to match the story. Is the dancer lover stealing away Elliot’s light away from him (don’t mind me I am biased)? Is Jenny stealing the love and attention away from the dancer lover’s obsession of dancing? I’m not sure. Confused.
This was a pretty good short story. I liked the characters even if the love story was a wee bit cheesy it worked. Out of five, I stamp this with 4.

Sorry that the first one wasn't a bit more but the second sounds well done there!

I was super bummed, but I'm glad the second one was good.

The first one does sounds meh

The first one: meh.
The second one: not for me.
*a friendly wave*

LOL I didn't think you would be interested in either Ana, but alas, they are freeeee *waggles eyebrows*