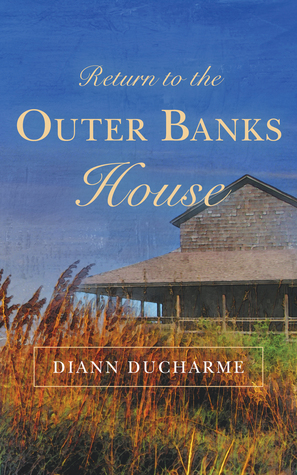 She was the spirited daughter of a North Carolina plantation owner, and he was a poor fisherman who she tutored on the porch of her family's Nags Head cottage. When we last saw Abigail Sinclair and Ben Whimble at the close of "The Outer Banks House," they'd overcome their differences in life stations and defied convention to begin their new life together.But now it's seven years later, and "Return to the Outer Banks House" finds the couple married and in hard times-riddled by poverty, miscarriages, and weakened family ties. The strong bonds that once held them together have eroded over time, and their marriage threatens to unravel, particularly when relationships from the past and ambitions for the future find their way into the mismatched couple's present predicament.Can their love survive? Or are the challenges they face insurmountable? "Return to the Outer Banks House" carries readers back to 1875 to answer these questions and explore the ebb and flow of a rocky marriage set against the enchanting North Carolina shoreline. Replete with history, intrigue, and plenty of maritime drama, it's an evocative tale of struggle in the Reconstruction-era South.

This is the sequel to "Outer Banks House" that I had begged for in the last review. I must repent and take back what I said. I wish I could have stayed oblivious and allowed them to have an HEA and just imagined there life afterwards!

There is no HEA. This is real life people! They were an impossible couple that made it. Yes, they married, BUT real life comes in like a tidal wave. So many issues arise, can they really make it? I will not tell, but you must read the book to find out. I am glad that the author stuck with reality, that yes, this will be a hard marriage to keep, because they are both so different. He is an uneducated fisherman and she is a plantation owner's daughter who loves to read. They fell in love, but sometimes that love needs a lot of hard work.

All at the same time the South is recovering slowly from the Civil War. It's the reconstruction-era and its a brutal time in history. So much has changed and the people are having issues changing along with it. Hardtimes are everywhere, because the slaves are gone and the economy is slipping. It just adds to the intensity of the book with the main couple.

Oooooh Ben...you silly boy. He made me mad again, but again...he kinda sorta fixes it.

I did like Eliza more in this, which surprised me.

WHY IS THERE NEVER ANY COMMUNICATION!!!!! UGH! It drives me crazy, because in my relationship we do talk, so why can't other couples? Why just assume. You have no idea what the other person is thinking or feeling. GAH!

In the end, the setting and the writing was lovely. Not as good as the first one, but still good! Again, the other did a wonderful job with the intensity. I had little hope for this couple. The ending was good and that is how I would have ended it. I totally recommend this to those that like historical fiction mixed with some romance and drama. However, you need to read the first one first. Out of five stars, I stamp this with 3 stars.

That reminds me, I need to send you something