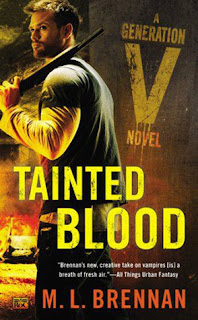 Blurb:
In the third Generation V novel, Fortitude Scott proves that working with family can be deadly…
Former film student Fortitude Scott is finally gainfully employed. Unfortunately, said employment happens to be with a group of sociopathic vampires—his family. And as much as Fort is loath to get too deep into the family business, when his brother, Chivalry, is temporarily unable to run the territory, it’s up to Fort to keep things under control.
So when the leader of a powerful faction of shifters turns up murdered, Fort finds himself tracking down a killer while navigating dangerous rivalries, longtime grudges, and hidden agendas. Even with the help of his foxy kitsune sidekick, Suzume, he’ll need to pull out all the stops to hunt for the paranormal assassin.
But as he calls on fairies, witches, and ghouls for help, he discovers that the problem is much bigger than a single dead werebear. The supernatural community is preparing for a massive shift in power within the Scott family leadership—and Fort has landed right in the middle of the gathering storm.…


My thoughts:
It was good...and that is the problem. It was good, while previous books were awesome. I enjoyed it, but it did not grab me as book 1 and 2 did. So while I liked it, it did make me fear for book 4. If book 4 is also good, well sometimes that is a dealbreaker for me. I need an awesome thrown in here and there. Sometimes good is all I need, while other times not. Do not ask me how. I have no idea. I can read an entire series where all the books are "only" good, but not awesome. And then I can read a series and go all eh after one is just good...
Moving on.
So beta Fort grew in book 2. But here, hello! You are a vampire. You know that shit already. And now he was all, I will have to kill peeps? Well not really. I have to drink blood? Get over it you vegetarian idiot. I did feel that weakness that I liked in book 1 and 2 was a bit too much here. Being kind is good, just, being too kind can be too much.
I read the book fast, it was one of those, read in a day kind of books. I liked that there were Finnish bears. I liked this quote about Finns holding grudges (have held one for 15 years, not forgiving that ahole). Suze was fun and weird. His family was bloodthirsty, I really like Prudence now, she is a sociopath.

Conclusion:
And now some will think I did not like the book. It was GOOD! I just expected awesome and exceptions sucks ass. I will read the next and hope for more, I will read the one after that but hopefully it will be back on track by then. When you expect awesome you can not settle for less.

A guy named FORTITUDE? Ok, that's one strange name. And I hate it when a series goes from awesome to merely good in just the fourth installment. ;p