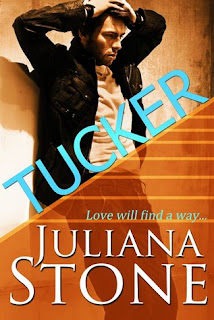 Blurb:
Tucker Simon has given up on love. After a tragedy, it’s just not in the cards for him, and he wishes his family would get off his back. He’s fine—or at least he thought he was--until a family wedding forces him to address a few things, namely his date, Abby Mathews. She's been put in the ‘friend’ category, mostly because she deserves so much more than what he can give. But the more time that he spends with her, Tucker begins to think that maybe there is a chance for love after all...
Abby Mathews has been in love with Tucker Simon since he walked into her family’s bar nearly a year ago. But he’s got baggage and heartache a plenty. His one-night-stands aren't going to lessen that no matter what he thinks. Tucker needs a friend, but Abby wants to give him more, and as they navigate their way through a weekend in Florida, their attraction can’t be ignored. Abby has to make a choice. Does she cherish their friendship and take what she can get? Or does she go after what she really wants, which is Tucker’s heart…

My thoughts:
I have no idea how the Simons's are rich, I guess that was in the Barker books? Eh, who knows. Seems they have money.
Tucker has issues. His wife went missing. He loves them and leaves them now.
Abby has issues. She has been in love with Tucker for months now. They are just friends, which is good, but she loves him.
He needs a date to get his mum off his back. Abby says yes.
We meet a bunch of Simons at a wedding. Sparks fly between Abby and Tucker. But can they get over the whole, my wife is missing!? Can I love again?! Duh, it's a romance, of course he can love again. And so they lived happily ever after. The end.
Cute.

It sounds ok but not that awesome so I don't know. I have a book by this author. I need to try