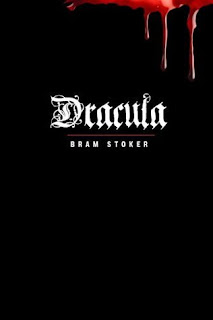 Author:  Bram Stoker
Title: DraculaGenre: Gothic, Fiction, Classic, Horror, Fantasy Pages: e-book & regular book, 492
First Published: 1897Where I Got It: Borrowed it from library and bought my own ebook from Amazon


"The aristocratic vampire that haunts the Transylvanian countryside has captivated readers' imaginations since it was first published in 1897. Hindle asserts that Dracula depicts an embattled man's struggle to recover his 'deepest sense of himself as a man', making it the 'ultimate terror myth'."


The summary I just shared is a horrible summary of the book. It doesn't capture the whole picture of the novel.


Anyways, this novel took me FOREVER to read! I started last year when I checked it out of the library. I got about halfway through when it was due back. There were about ten people in line to borrow that book, so I couldn't re-check it out. I waited and waited and then gave up for a while. I finally decided to just get my own copy when I got my kindle fire. A year late, but better late then never, eh?


I'm glad I decided to finish this. I really wanted to know how it would end and how everything tied up in the end. The ending was everything I hoped it would be. Bram Stoker did a wonderful job giving a satisfying and complete ending. If he ended it with a 'open-ending' and leaving it up to the readers imagination, I would have freaked out. However, he didn't and I'm happy.


It's a slow read, at least for me it was. There were a lot of slow spots and it seemed to drag on and on. I wasn't a huge fan on how Bram Stoker wrote the novel. He wanted it to look like Van Helsing and the group took clippings from everyone's diaries and put them in one big book. I feel like it took away from the story...I don't mind the different POV points, but the diary entries didn't do for me. Perhaps I'm spoiled because I seen the movie a while back and that was pretty good. I don't know; all I do know is that I'm not a fan on how this written.


Besides for the slowness of the book and the way Bram Stoker wrote it, I liked it. I loved all the symbolisms, the characters, the characters' developments, and just the general story itself. This was a pretty creepy book and I adored the creepiness! I think I needed a good creepy book to get me out of my reading funk. Okay. I will say it...DON'T READ THIS RIGHT BEFORE BED! When your sleeping, your brain likes to process information and if Dracula was the last thing you were thinking about you WILL have odd and slightly creepy dreams. Just saying.


All-in-all, I liked this creepy novel. It may have been slow and style of which it was put together annoyed me, I found it a refreshing read. It was creepy, but in a good way. I would recommend this to the readers who love classic and/or gothic novels. This was most defiantly better than Frankenstein; story-wise and creep-level-wise (not overall creepy, but creepy enough to be interesting). I would also love for Twilight over-fans to read this. ^.^ Out of fives, I have no choice but to give this 3 stars. I'm sorry Bram Stoker! I just hated the slowness and the diary entries! 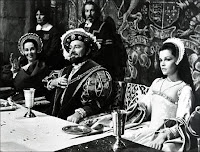 Lol, oh that boring Van Helsing :) Maybe I will read the book one day