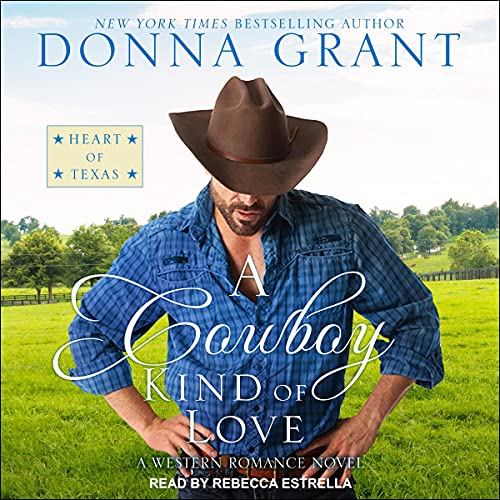 I do like my cowboy romances, and I do like Donna Grant's romantic suspense ones. The last one was intense and brutal, this one was pretty brutal too, but luckily that was most in the past.

Jace is on the road on becoming an alcoholic. He drinks too much, he misses the girlfriend who suddenly disappeared years ago, and his past in the military is always there to haunt him. What I loved about him is that the minute she does show up he is not bitter and argues for days. He just wants her back again.

Taryn has been gone for years, the reason why is dark. And she is desperate to get out. I admired her spirit and her will to just go on and on. Even if it is a dangerous and lonely road.

Then they meet again, and it is like those years apart never happened. Yes it was fast, but this was a second chance. They never wanted to part in the first place, of course it happens fast.

And then there is the danger following her, luckily Jace has a bunch of awesome friends who all are highly trained and willing to help.

I enjoyed it, it felt really light and I listened to it fast.

Estrella is always good, her voice makes the pages just fly by, and she has great voices for everyone

Jace Wilder has been rebuilding his life since the love of his life, Taryn, up and left town unexpectedly. But when she mysteriously returns, Jace’s dependable world comes crashing down. Taryn is hiding a dangerous secret, and no matter how hard he tries, Jace can’t stay away―especially when Taryn is at risk. And especially when the attraction he thought he’d buried long ago is back and hotter than ever. Will he be able to trust Taryn again?

Taryn Hillman’s world fell apart one horrifying night, and it’s never been the same since. When she sees a small chance at untangling herself, she takes it, though it means returning to Clearview – and seeing Jace again. But when he vows to protect her, will Taryn take a chance, and this time, never let him go?

It's an author I still need to try

Awww I hope we learn more about Jace's friends!