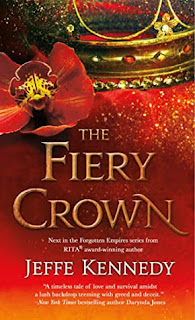 The end, omg so intense. It was like the author took the characters, took them to a cliff, laughed manically and then pushed them all over, and made them hit everything on the way down. "Luckily" they did land before the ground, and they did break everything. So it was not a total freefall, and for now they are safe on a tiny tree sticking out from that cliff and it might break any second.

Poor Lia. How could you be so cruel to Lia! In the first book I was a bit blaze about everyone, but here, Lia is not truly human, I do not get the whole thing. I wonder about so much since well queen of something that might waken, that will be intense too.

Conri, I was not impressed by him either in book 1, frankly he deserved to be pushed from that cliff and not saved. But he saves himself here, and I will not push him. I get that his life has been hell and all he wants is revenge.

Two people dancing around each other because they both want to save the world. Then darkness, so much darkness. Romance, no, this is not a romance. But it might be. One day.

Omg Lia! I am still in freefall from that cliff.

Book 3 will be something else

Conri and Lia’s marriage of convenience has turned into an uneasy alliance. If only the two leaders could agree on something. Driven by revenge, Conri wants to attack Emperor Anure before the tyrant gets to them first. But Lia needs to keep Calanthe safe, and refuses to sacrifice her kingdom. Their ongoing battle for control has built up tension they’re both more than happy to release in bed, the only place where they find common ground. But Conri and Lia are developing deeper feelings for each other that are complicating matters. In the second book in the Forgotten Empires trilogy, Conri and Lia find their loyalties torn, and with Emperor Anure’s threat growing, will they be able to risk everything with each other before it’s too late?
--
Written By Carole Rae at 6:30 PM

I had a really good time with this one!