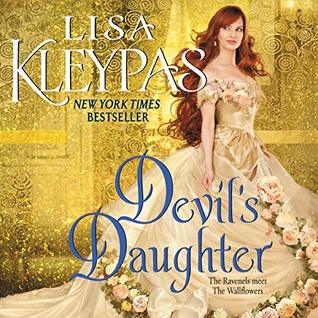 My Thoughts
Oh this one was really delightful! There is banter and then there is banter. These two just made each other laugh. It was flirting, it was fun, it was great.

Phoebe is a young widow with two boys. Such sweet fun boys too, and I loved her interactions with them.

West was, omg, ok so there are rakes and then there is West. He used to be a potbellied drunk who peed in fountains. To go near him is to court scandal. Now he is fit, hardworking and loving the job he does. But yes his rep will not go away.

They meet, they get under each other's skin, she gets mad, he wonders why. Honestly, delightful. There talks were amusing.

And, yes I loved how he played with her kids. He was such a freaking good guy!

I have not read the Wallflower series, but I am a bit in love with Phoebe's dad, rawr!

I kept waiting for them to get their act together. Him with his she is above me, and hers, I promised my dead hubbie to marry this boring guy!

Conclusion:
A cute tale with lots of passion too. Two people under the same roof. Love, shenanigans, and a cat.

Narration
I loved her voice for him! It was utterly perfection!
I also liked her voice for the rest too. Phoebe sounded fun and everyone had a distinct nice voice. It also made me wonder about a gentleman we met, I do want a book about him.
Great fun narration

Blurb
Although beautiful young widow Phoebe, Lady Clare, has never met West Ravenel, she knows one thing for certain: he's a mean, rotten bully. Back in boarding school, he made her late husband's life a misery, and she'll never forgive him for it. But when Phoebe attends a family wedding, she encounters a dashing and impossibly charming stranger who sends a fire-and-ice jolt of attraction through her. And then he introduces himself...as none other than West Ravenel.

West is a man with a tarnished past. No apologies, no excuses. However, from the moment he meets Phoebe, West is consumed by irresistible desire...not to mention the bitter awareness that a woman like her is far out of his reach. What West doesn't bargain on is that Phoebe is no straitlaced aristocratic lady. She's the daughter of a strong-willed wallflower who long ago eloped with Sebastian, Lord St. Vincent—the most devilishly wicked rake in England.

Before long, Phoebe sets out to seduce the man who has awakened her fiery nature and shown her unimaginable pleasure. Will their overwhelming passion be enough to overcome the obstacles of the past?

Only the devil's daughter knows...
Written By Carole Rae at 6:30 PM

It's been a while that I haven't read a HR

ANa,
well it is out just now so that is a short memory ;)

Mel, you should get back wink wink