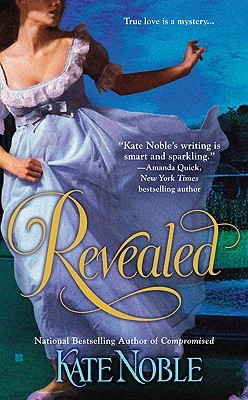 Phillippa Benning is the unrivaled beauty of the Season. But when another lady challenges her for a marquis's attentions, Phillippa entices him to a secret rendezvous-only to stumble upon The Blue Raven, England's most famous spy, lurking at the site of her planned tryst.

The Blue Raven has uncovered an enemy plot directed at upcoming society functions, but he's unable to infiltrate London society. Phillippa makes an offer: in exchange for entré among the ton, he agrees to have his true identity revealed at the Benning Ball-guaranteeing her unrivaled notoriety. As the danger draws closer, the mysterious spy and Phillippa give in to mutual desire. But when the game turns deadly, betrayal waits around the corner, and Phillippa must decide once and for all-is it the myth that captured her heart, or the man?


Accidentally read a book in series earlier on (I think it was 4.5?), so I decided I should at least read book one of the series. Not sure if the two are related or not. I know it is in the same world, but I do not think we were introduced to any of the characters that appear in that one. Oh well.

The story follows Phillippa who is the ton's unrivaled beauty and "Queen". Things happen and she accidentally uncovers the identity of the Blue Raven who had been England's most famous spy. Marcus is not fully the spy, but he is part of the Blue Raven duo. He feels and believes something is amiss and there a plot in the works, so he dusts off his Blue Raven feather to investigate. He needs Phillippa's help though. They strike an agreement to help the country and to help Phillippa through the best shindig of the season.

I adored Marcus and I actually liked Phillippa as well. They fit well. Marcus is smart and quiet while Phillippa knows how to work the ton to her advantage. They worked well together. I am so glad Phillippa was not a mindless, shallow girl. Yes, she was shallow, but she wasn't truly shallow. She played a part to get what she wanted. I liked it.

I adore spy novels...especially historical ones. They are just so fun! I am curious to see what is next for our Blue Raven. The mystery was good. I was unsure of who was involved. I had my guesses, but I was wrong. Kuddos to the author.

The romance was good too. It took FOREVER for them to act on their feelings and lust. And they did not admit they loved each until the end. It was nice to see them start as partners, to friends, to lovers. It felt right for them.

The narrator was lovely. I hope she narrates more. She does well with voice changes and her boy voice isn't cheesy or overdone. On the nose for both characters! I feel like I have heard her before....I can't remember.

Overall, I enjoyed this quite a bit. No major issues I can think of. I liked the story, the mystery, the characters, and the narrator. I recommend this to fellow historical spy/romance lovers. I'll give it a 5! First of the year! 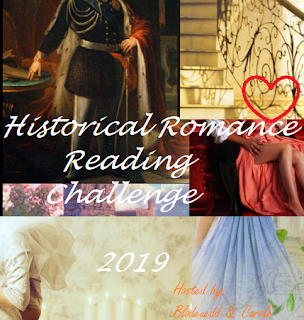 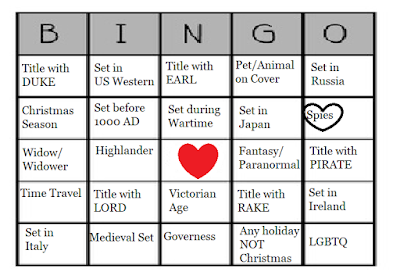 It's great to find a good one like that!