Blog All About It: BEGINNING - POETRY EDITION 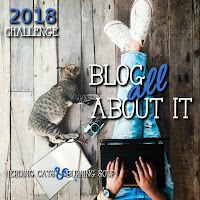 This month the prompt is "BEGINNING". I went back and forth on what I should do. I had ideas but everything fell through. SOOOO I will do the easy idea....poems about BEGINNINGS. Hehe.

BY JAMES WRIGHT
The moon drops one or two feathers into the field.
The dark wheat listens.
Be still.
Now.
There they are, the moon's young, trying
Their wings.
Between trees, a slender woman lifts up the lovely shadow
Of her face, and now she steps into the air, now she is gone
Wholly, into the air.
I stand alone by an elder tree, I do not dare breathe
Or move.
I listen.
The wheat leans back toward its own darkness,
And I lean toward mine.

IN THE BEGINNING
By David Malouf

The table’s there in the kitchen, where I kneel
on a high chair, tongue at air, trawling a slate
with pot-hooks; on the track of words; on the track of this word,
table. Is there instant, wobbly wooden,
four-square in it solid self, and does not need
my presence to underwrite its own or scrawl,
thick tongue, thick hand, a puddle slate and knock it
up out of blue nowhere. Where are they, table,
slate, slate-pencil, kitchen, and that solid
intent child on one knee reaching for sawn
planks back there? Breathless today, or almost,
I wrestle uphill to where, in a forest gap
of table size, it stands, four legged, dumb,
still waiting. An unbreathed word among the chirrup
and chafe, it taps a foreleg. Table, I mutter.
With tool-marks fresh as tongue-licks, already criss-crossed
with scars I feel my own where hard use makes them,
it moves as that child’s hand moves about muddy water.

Coming so late, you made all early
Again — all was yet to do, nothing
To say — we had said everything
Before we met, some other place.
Each meeting confirmation, each
Greeting grace. Beatitude so easy
Could not but alarm. Drawn to a
Reflection irresistibly, we
Stopped, fearing to drown.
Written By Carole Rae at 6:30 PM

The easy way tends to be a good way

TW, Thanks! they are a couple good ones I found.