Since I want to delay doing my International Relations essay about Syria, I shall do this post. ^.^ This week's  I will be sharing my top ten favorite character names I would name my kids if my future hubby would allow it. Hehehe. There is no order to my list.

~Iago. The devilishly complex character from Othello by William Shakespeare. I just LOVE the character and the name has always been really awesome....at least too me....

~Geoff. I know its suppose to be pronounced 'Jeff', but I like to pronounce it 'Ge-off' and that is how I would pronounce my "kid's" name. However, this name is from The Deception of the Emerald Ring by Lauren Willig.

~Marianne. Even though I loaaaathed the character from Sense and Sensibility by Jane Austen, I LOVE the name.

~Irwin Wade. That would be the first name and middle name. I just LOVE the ring of it...this name comes from one of my favorite war fictional characters ever. Medic Irwin Wade from 'Saving Private Ryan'. You could also say the name stems from the Croc Hunter Steve Irwin, but eh.

~Abigail. Since I was a wee little thing I adored that name. However, I think I would use it as a middle name to the name I will name my girl. Sophie Abigail Blahblahblah. The name Abigail is from The Winter of Red Snow: Dear America. Sophie comes from the general like of the name and it's my great grandma's name.

~Emmett. Any guesses as to what character I got this from? If you guess Emmett from the Twilight books, then you are correct! It's just a nice, strong name. Also there is a city nearby that is named Emmett, so maybe it is fate... 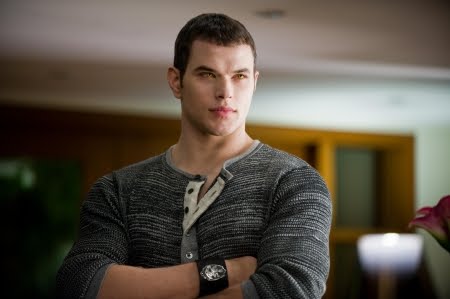 ~Thea. Loved this name since the moment I read this in Mistress of Rome by Kate Quinn. ^.^

~Tao. The only way I would get my way with this one was if I married a Chinese guy and had a baby. Or if I named a pet this. I love this name! This name is from Jeannie Lin's Tang Dynasty series. ^.^

~Tristan Alexander. Or visa versa. The name comes from two different places. Tristan is from the movie/book 'Tristan and Isolde' and Alexander is a name after Alexander the Great.

~Claire. Such a sweet and cute name. This name comes from Claire from one of my favorite shows EVER 'Lost'

Email ThisBlogThis!Share to TwitterShare to FacebookShare to Pinterest
Labels: fictional characters, names, The Broke and the Bookish, Top Ten Tuesday

I like Iago too. Nicole Galland recently wrote I, Iago. I want it just for the name..... Odd.

hahaha at least I'm not alone in liking the name! My parents give me odd looks when I say that I want to name my son that. xD

Tristan is nice :)
I'd want to name my kid Ariadne, Rhiannon or just anything from mythology really ;)