While watching the Olympics this evening, I decided to do this meme for today. hahaha. Well, the question for this week is "who would you trade places with for 24 hours?" Personally, if I was to live in the lives of one of these 10 characters lives, I probably wouldn't want to leave after 24 hours....they would have to bring me back kicking and screaming. hehehe ^.^


~Suyin from 'The Dragon and the Pearl'. She is beautiful and she owns the heart of Li Tao. 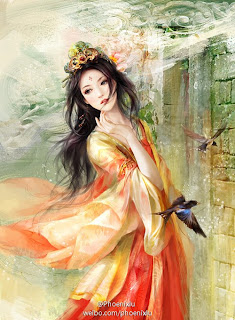 ~Eowyn from 'The Lord of the Rings'. Again, lovely girl. She also is strong in her own way. Plus I would kill to live in Rohan and then Gondor with the yummie Faramir.

~Lothiriel from 'The Lord of the Rings'. I wished JRR Tolkien would have expanded on this character, but I would LOVE to be her. Would it surprise you that I have my own fanfiction about Lothiriel and Eomer story? I'm a nerdy kid, so don't be so surprised. I haven't shared it before. Well, there are couple versions I see her as.
~Bella from 'Twilight' series. Okay...I hate Bella, but I am envious of her and wouldn't mind being her for a day.....because of this picture below.... 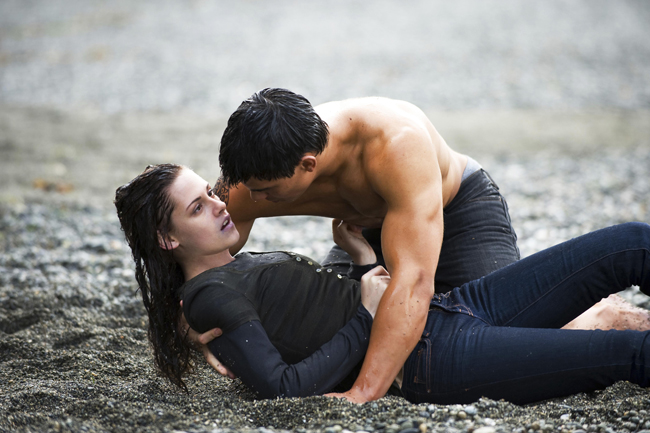 ~Cassidy from 'Touch of the Wolf'. Mostly I would want to be a shape-shifter. haha. Plus she does score a pretty good looking fella.

~Anita Blake from Anita Blake series. Okay. She is KICKASS! Who wouldn't want to be her and be sassy and cool???? The hot men are bonuses. ^.^

~Adrienne from 'Beyond the Highland Mist'. What more can I say? She is sassy, strong-minded, and has a sexy Highlander warrior husband! ~Jane from the Pink Carnation series. Another strong woman, who may be extremely cold at times, but c'mon! She's a spy and being all ninja-ish all the time! ~The Fairy Queen from 'Beyond the Highland Mist'. Okay...she is a fairy! C'mon! ~Elizabeth from 'Pride and Prejudice'. She gets with Mr. Darcy....simple as that. I believe that is ten. Hope you enjoy my list! Who would die to be for 24 hours?

Email ThisBlogThis!Share to TwitterShare to FacebookShare to Pinterest
Labels: character i would be, The Broke and the Bookish, Top Ten Tuesday, trading places with

You know when I was on LOTR forums I was always an elf, and hoping for a romance with Eomer ;)

hahaha oooh I miss LOTR forums. I usually was an elf too, because it was so hard to fit Lothirial into some of those plots. Who wouldn't want to have a romance with Eome?? XD

Oh that is a list of places to be. :D

Hi! Thanks for your post.
Do you know the name of the
woman who portrays Adrienne?
(Beyond the Highland Mist)

Adrianne, I believe that is Amy Smart....

Carole, thanks a million times!!!
I've been asking people around
but they really have no idea. Honestly, I just want to know who
that woman on Beyond the Highland
Mist's cover is. I searched and
searched for it until I chanced
upon your blog. So, uhm, Amy Smart
is really that woman on the cover?
Or is she how Adrienne would look
like as you imagined her? Anyway,
we have the same mental visualization of Adrienne so I got
so convinced by your photo..And,
thank you also for correcting it.
I think you even bothered to think
about the girl's real name..It's not JG Swicher but Amy Smart. OK.
Again, thanks a lot for responding
to a stranger like me..Adrianne is
my real name and I'm from the
Philippines. I hope you don't mind. :)

No problem!! No, thats just how I visualize her. lol. Yeah for some reason I thought you asked about the other girl and then I realized I was wrong.

Thanks for stopping by and commenting!