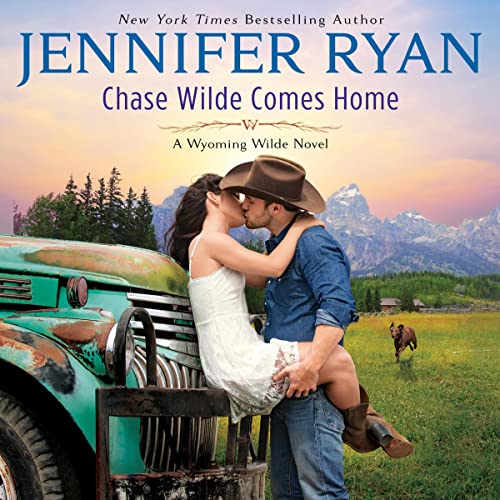 I like Ryan's suspense books. Though here the suspense came more at the end, and when it came...baam! Crazy

This is a really wounded hero. He has nightmares from his time in the army, he has struggled with addiction, and he lost someone close tom him in a horrible twist of fate. But in a moment of light he met someone, she became pregnant, and now he wants to show to her that he can be the father their daughter needs.

Shelby was so sweet. She did not have a lot of experience with men since she has a dark secret hanging over here. It was crazy. What a psycho that is in the shadows! But she is a good woman, and she thinks Chase has turned a new leaf.

They become friends, they become more. They struggle and then the suspense part comes.

I enjoyed it. Two wounded people that deserved love in their lives.

All the other Ryan books I have listened to have had a female narrator, but this one had a male. And it worked really well. He does get the male voices right, and the female voices work so well to. Even the kid has the best voice. All in all a terrific choice

Chase Wilde never expected to fall in love, especially with Shelby Payne. Years before, one passionate night had drawn these two lost souls together. Then Chase left on deployment with the Army, while Shelby raised their baby alone. Now he's back, a wounded warrior determined to turn his life around. Shelby knows what it's like to lose everything, including her own family. So she offers him a bargain: if he can prove himself to be the man he says he is, she will let him into their daughter's life...and maybe even into hers.

Chase knows it will take a lot to prove to Shelby that there's more between them than the single night they spent together. She's everything he's ever wanted, including the voice of reason he needs to reconcile his past and be the man he wants to be for them both. But just as their lives come together, she's torn away from him by a dangerous person from her past, and saving her means saving himself . . . because he can't live without her.

For some reason I adore that title. lol

THis should have been my horse cover, but alas

B, but I think the challenge is someone being on the horse?