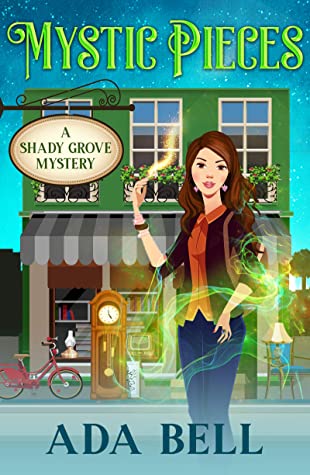 Author: Ada Bell
Title: Mystic Pieces
(Shady Grove Pyschic Mystery #1)
Genre: Cozy mystery, Fantasy, Thriller, Fiction, Contemporary
Format: ebook
Published: January 11th 2021
Where I Got It: My shelf (Amazon)
Summary:
Aly doesn't believe in psychics. Too bad she just had a vision.
Future scientists don't have visions. Aly's got enough on her plate, with finishing her degree and taking care of her nephew and starting her new job at the antique store while drooling over the owner's gorgeous son. No visions.
Alas, the universe doesn't care what Aly believes. When she turns 21, she starts to feel psychic impressions left on objects. A disorienting power for someone surrounded by antiques. Then cranky customer Earl is killed, and Aly's new boss Olive is the prime suspect. Who hated Earl enough to kill? Police would rather make a quick arrest than investigate, so it's up to Aly to clear Olive's name.
Shady Grove is reeling from the first murder in decades. If Aly can get her hands on the murder weapon, she should be able to solve the crime. Can she learn to control her visions before the killer sets their sights on her? .
Review:
Randomly stumbled upon this in the Amazon ebooks. Sounds right up my alley so why not.
Here we follow Aly who doesn't believe in the supernatural and especially not psychics. She is a woman of science. She is going to be a scientist one day (as soon as she can graduate college). In order to get through college and buy a car, she accepts a job at the local antique store. However, things get a little weird when she finds herself having a vision after touching an object. After a cranky customer by the name of Earl is killed...it is left to her to clear her new boss' name and find the murderer.
Took me a little bit to really get into the story. After about 50% was when I was fully hooked and finished the other half in just a couple of sittings. However, by the end I still felt....unfulfilled. It was missing something for me. I wish I could put my finger on WHAT this was missing. There was just something not connecting fully for me. However, I did enjoy the 2nd half MUCH more.
One of my issues was that Aly felt...2D. I did not connect with her at all or any of the characters. They felt flat to me.
Like Aly we do not fully understand her gifts. I hoped we would learn more, but I'm sure we will in later novels.
The mystery was pretty good. Once a certain character came into view I was pretty dead set it was that person and I was right! I did waver though ;) But in the end, I was right.
I am curious about book 2. There is hope we will learn more about her powers and Aly herself in the next book. I will put book 2 as maybe someday.
All-in-all, this was fun. It is a good mystery and fun seeing Aly work through her gifts. There was something missing for me though. I do have hope that book 2 will be even better. For now, I'll give this a 2. I still am curious about book 2. 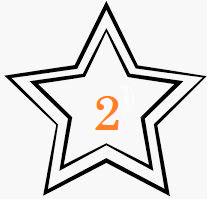 Not the best one then

Melliane, I knowwwww. :/ Can't win them all I guess

I always try to give a series a second chance because sometimes the first book isn't the best. I will await your review.