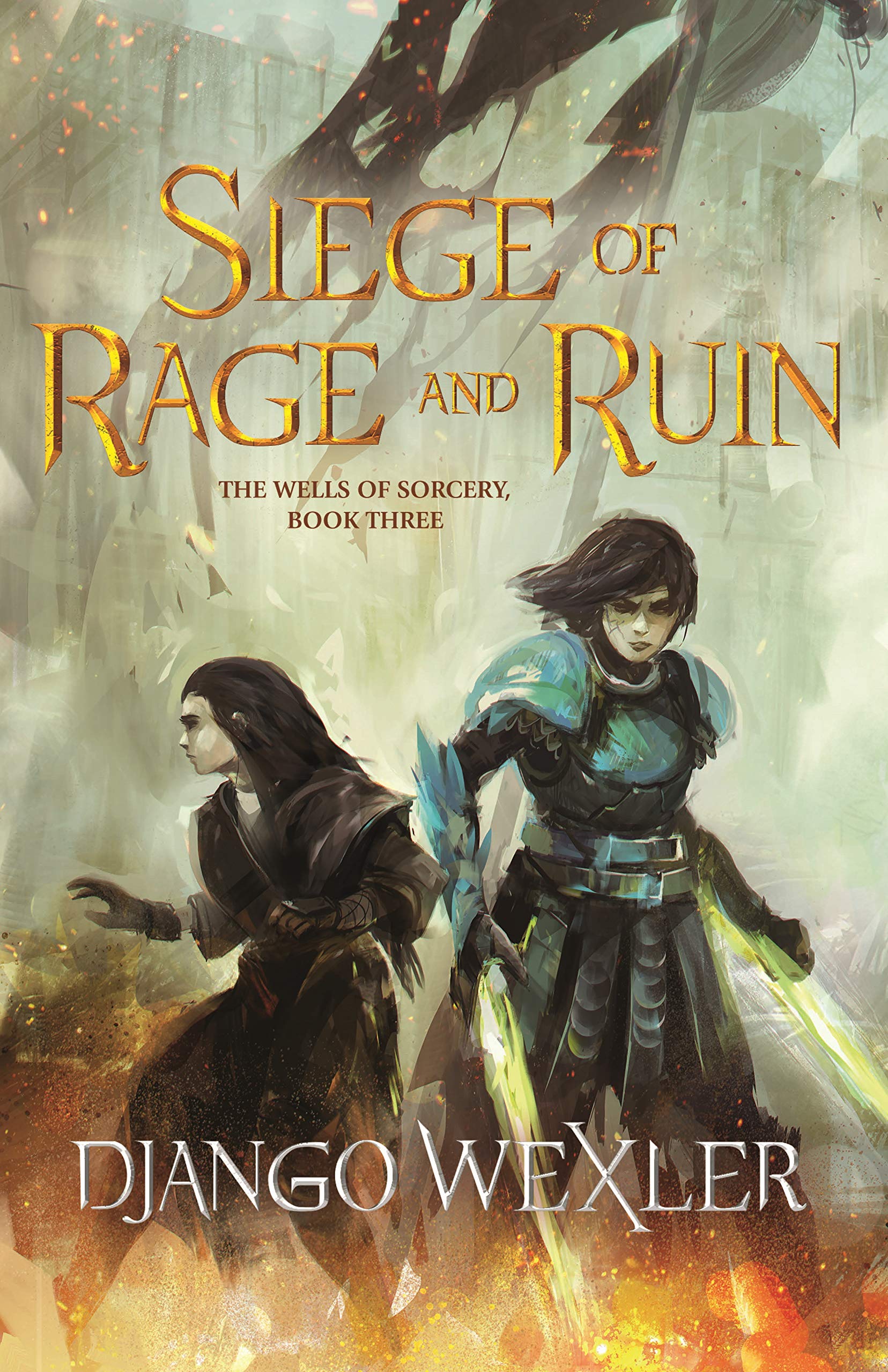 I did feel that this book did not end on a high note. These books have been tough, gruesome and painful. But here there were some battles, but they all came through unscathed. Even when one was kidnapped she was safe. The book went from dark to more lightful. Which in these days is good, but at the same time it felt different from that which came before.

Isoka did not feel as powerful as before.

And Tori, I have a hard time believing she did all that.

Can't believe I say I wanted more death. i guess I should be happy it all worked out and they all lived happily ever after. So,a meh finish to the series.

Isoka has done the impossible--she's captured the ghost ship Soliton. With her crew of mages, including the love of her life Princess Meroe, Isoka returns to the empire that sent her on her deadly mission. She's ready to hand over the ghost ship as ransom for her sister Tori's life, but arrives to find her home city under siege. And Tori at the helm of a rebellion.

Neither Isoka's mastery of combat magic, nor Tori's proficiency with mind control, could have prepared them for the feelings their reunion surfaces. But they're soon drawn back into the rebels' fight to free the city that almost killed them.

It's a bit too bad regarding the end

If I want to read a war book...I want war darnit!