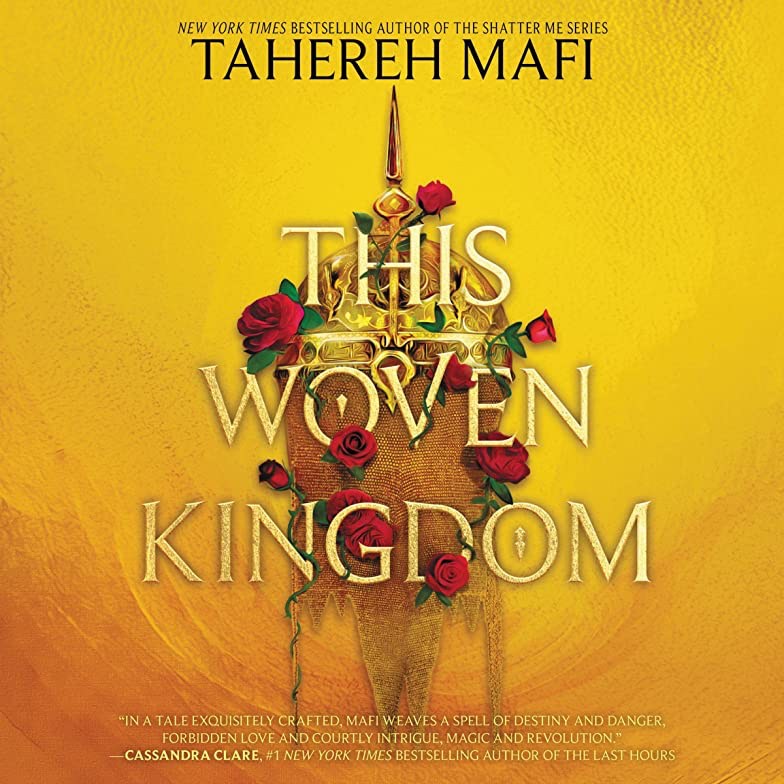 The biggest problem here was definitely that this book could have been cut in half and still it would have felt like nothing had happened. Because nothing happened in this one. A girl is thinking how cold it is, a prince falls in love at first sight and that is the book for 500 pages. But the last 20 pages were intense. Only for those last 20 pages I would want more. Something big finally happened.

I have thought about this for a while now. Can't say I liked the main character whose name I already forgot. She is Jinn, she is cold all the time, she is destined to be queen. She says she has heard the devil but omg please show the devil then cos that would have brought some drama.

Persian world. I do not know more than that cos we are in a city, and yes she is cold most of the time. The country seem to dislike another country. Dunno more than that.

Karem is a prince with anger issues who falls in love at first sight and thinks about her all the time. Insta love like that that, nah.

Damn but those last 20 pages were so intriguing! But gods nothing happened in this book! Too long! Less is more.

Good narration, I guess the only thing that saved me

To all the world, Alizeh is a disposable servant, not the long-lost heir to an ancient Jinn kingdom forced to hide in plain sight.

The crown prince, Kamran, has heard the prophecies foretelling the death of his king. But he could never have imagined that the servant girl with the strange eyes, the girl he can’t put out of his mind, would one day soon uproot his kingdom—and the world.

I like big books but there are some that need a trimming.