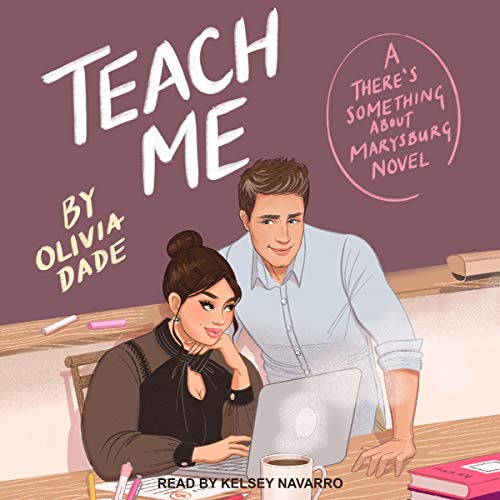 For an honest review

This was a slowburning romance, with some lowkey drama. It was rather nice. But yes there is some drama.

Rose loves her job, and she is great at it. But then in comes a new teacher and her classes are given to him. Whaaat?! So she avoids him and curses the stupid guy who gave away her classes.

They become friends, they become more, but she is afraid of commitment. And then they lived happily ever after, and she learns who her real friends are.

I liked it, it felt real, they are both in their 40s. They have lived already, but yes still have things to learn.

I liked the narration. It felt mature and fitting. She had nice voices for everyone . A nice audio to listen to. It works well.

Their lesson plans didn't include love. But that's about to change...

But keeping her distance from a man as warm and kind as Martin will prove challenging, even for a stubborn, guarded ice queen. Especially when she begins to see him for what he truly is: a man who's never been taught his own value. Martin could use a good teacher--and luckily, Rose is the best.

Rose has her own lessons--about trust, about vulnerability, about her past--to learn. And over the course of a single school year, the two of them will find out just how hot it can get when an ice queen melts.

It's a sweet cover. I didn't know about this one.

Oh good! Glad you enjoyed this one. I just got a different one, 40 Love, from the series and am looking forward to listening to it.

Mel
It had another horrid cover before ;)

Sophia
The person in that one briefly comes around here