Yes - Yes. I am very lazy with my movie reviews lately. Haha I was able to binge ALL of these movies during Xmas. Even conned the Fiancé to watch at least 2 with me. ;) Glimmering success!
In order to keep the post NOT as long, I'll just share a link to the trailer for your watching pleasure.
#1

SUMMARY:
When a reporter goes undercover as a tutor to get the inside scoop on a playboy prince, she gets tangled in some royal intrigue and ends up finding love - but will she be able to keep up her lie?


REVIEW:
Let's start with the first one.
A reporter goes undercover as a tutor to get the inside scoop of the playboy prince. However, she finds herself tangled in some royal intrigue, finding friends, and finding love. How on earth will she keep up with lies?
I am so glad I decided to watch this! It was ALL the Xmas cheese you could ask for but not too much. I highly enjoyed this and ate it up! The characters. The crazy drama. The CRAZY hotness of the prince. The humor. The INSANELY hotness of the prince. The weird, but fun twist at the end.....and did I mention the hot prince? Mmm.
I do wonder where all the guards all...mmm...and how on Earth did she get away with this? Very, very unlikely and not believable! BUT Xmas miracles and whatnot ;)
But yes. 100% enjoyed this. It was the perfect blend of Xmas joy, cheesiness, and fun!
4 stars!
#2 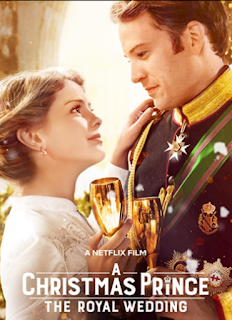 SUMMARY:
A year after helping Richard get to the throne, Amber is about to become his wife. But is she really made to be queen?

REVIEW:
Movie 2! My favorite of the trilogy!
It has been a year since all the craziness and since Richard proposed. Amber is ready to be his wife....but is she really made to be queen?
Yes, my favorite of the trilogy. It had the same charm as the first, but I found this one had more depth. My it is just me, but the stakes seemed higher and I was really on the edge of my seat, because how was everything going to be fixed!!?? The country is in chaos. The economy has crashed for no apparent reason. Amber and Richard are being torn apart.
Daft Richard. But he is just as unsure as himself as Amber is so you can't really and truly fault him 100%.....I still was so mad though. GAH!
The ending was good. I wasn't really sure who the baddie was. It did get me! But it made sense.
For sure the best of the series. 5 stars for this one! 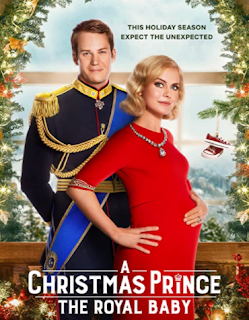 SUMMARY:
It's Christmastime in Aldovia, and a royal baby is on the way. Amber and Richard host royals from a distant kingdom to renew a sacred truce, but when the treaty vanishes, peace is jeopardized and an ancient curse threatens their family.

REVIEW:
#3! Sobs! The last of the trilogy!
Xmas time again but now we have a royal baby on the way! Amber and Richard also have to host royals from a distant kingdom to renew a scared truce. However, peace is in peril when the treat vanishes and if they don't find it an ancient curse could threaten their family.
This one was extra cheesy with a sprinkle of cheese on top. Still loved it, but it was for sure awkward sometimes at how cheesy it was. Especially the scene with the two kings building a crib together. Mmm.
Or again....where are the guards? How on Earth did the treaty get stolen SO easily???? No sensor on the box? The Queen Mother is right...they need to up their security alright.
Even with the super, duper unbelievable plot this time, I enjoyed it a lot. It was fun. I loved seeing our characters again. I am sad this is the last one. Maybe next year???? Sobs.
3 stars for this one.
OVERALL:
I have watched all three of these movies twice now. It is really good when you want some Xmas joy. I highly recommend it. Movie 2 is my favorite though!

Omg the third was the most absurd of them all, when they show the map and the countries are like half of Europe. But they all live in a tiny town

LOL it really was, but I still loved it.

I never did see the third one. Sounds like that's okay.

Jen, I don't blame you but it was fun!