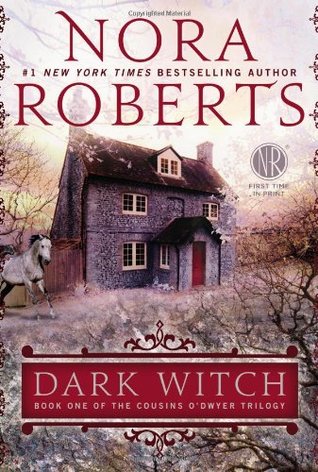 "With indifferent parents, Iona Sheehan grew up craving devotion and acceptance. From her maternal grandmother, she learned where to find both: a land of lush forests, dazzling lakes, and centuries-old legends.
Ireland.County Mayo, to be exact. Where her ancestors’ blood and magic have flowed through generations—and where her destiny awaits.Iona arrives in Ireland with nothing but her Nan’s directions, an unfailingly optimistic attitude, and an innate talent with horses. Not far from the luxurious castle where she is spending a week, she finds her cousins, Branna and Connor O’Dwyer. And since family is family, they invite her into their home and their lives.When Iona lands a job at the local stables, she meets the owner, Boyle McGrath. Cowboy, pirate, wild tribal horsemen, he’s three of her biggest fantasy weaknesses all in one big, bold package.Iona realizes that here she can make a home for herself—and live her life as she wants, even if that means falling head over heels for Boyle. But nothing is as it seems. An ancient evil has wound its way around Iona’s family tree and must be defeated. Family and friends will fight with each other and for each other to keep the promise of hope—and love—alive…"

This is the first Nora Roberts book I was able to even able to get through. It might mainly have to do with the fact I read this for my book club I just joined with my friends. This is the second book (the first one was 'The Last Lecture' which I picked for the group).

For a Nora Roberts book this was pretty good. The characters were okay, but the side characters seemed very 2D. Flat and cut-out-of-the-box. Except for Fin. Fin was the most complex character out of the story and I really liked him and I wanted to know him more. Perhaps one of the books in the series surrounds him. I was scared throughout the whole novel I was worried about him turning to the dark side. I was a lot like Branna...always suspicious but absolutely in love with him. Yes, there are feelings are between the two, but since they found out Fin is a relative to the baddie (like great-great-great-great and so on grandson or whatever) Branna was super worried about him. He gave no worries just the blood that he shares.

Ooooh Boyle was an idiot. I hated him. Iona was okay, very naive and feels bad for herself a lot, but I did like her ultimately.

The story itself was a little cheesy at points, but was interesting and it had me wanting to see what happened next. It was also slow at points, maybe it was because I was anxious for the big battle with the baddie. We all know its gunna happen. They're training and meeting about it. It took FOREVER to get to that battle and the battle lasted like two pages. That made me mad. :/ All that build up for not a lot. However, the battle was intense and well written.

I can see how people like Nora Roberts, but she is defiantly not ever going to be my favorite author. I did think this book was okay. It was alright written. Some of the characters were okay and the story was fun. I still think it's funny the cousin, Connor, is considered a witch...not a sorcerer. Oh well.

In the end, this wasn't bad. I'm proud that I managed to not only get through this book, but I actually liked it. I would recommend this for those that like paranormal books mixed with a touch of romance. Out of five stars, I shall stamp this with 3 stars.

Sounds meh in a way, especially if you did not even think she ended up with the right guy

It was okay. And yes I didn't like the guy even though the whole book club said that Boyle IS my boyfriend. >_>

I agree with you whole heartedly, except about Boyle, cuz you're dating him so... lol

I never really thought about it, but you are a lot like Iona! Hopefully we can stray from these Magick books, though - I'm so over it lol

*sticks tongue out* I am not dating Doyle. hahaha *gasps* I am not Iona! LMAO. Hopefully we can get a break from them. >__<