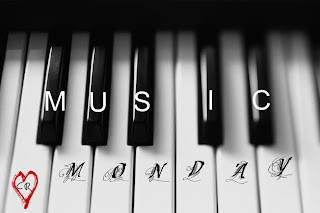 Happy Monday everyone. As many of you may know, May 19th was the anniversary of Queen Anne Boleyn's death. She is one my favorite historical figures and I couldn't skip on showing a video or two in honor of the infamous woman. She was a woman far ahead of her times. She was smart, charming, ambitious, a dreamer, strong, and could play the political field. The only reason why she is infamous is because of the time period she was born in and she lost the game. Women were suppose to be meek and weak and she was neither one of those. Yes, she was human and did some bad things to people. She did break up a broken family, but she did it for her family and her own advances. Without this woman the light of England would never have been born. Her daughter was Queen Elizabeth I, who was another infamous woman of history. I always have felt some odd connection with Anne Boleyn. It is hard to explain.


I can't remember if I shared this or not, but this is heart-breaking video and song:


I'm really starting to like Mozart Opera Rock. I understand the majority of their songs which are on French:

Hope you enjoyed my selections for this week. RIP Anne.

I still can't believe that in January, KoA dies and Anne is pregnant. Then Anne miscarries and not six months later she is executed. Henry was a hell of a man. Literally.

Anachronist, another Anne fan! She was one heck of woman.

Allison, its pretty sad. For how "deeply" he said his love was, he sure sucked at keeping his promises. Nasty man in my book. She should have ran away with Mister Wyatt *swoons*

B, you're a poopstain. hahaha just kidding. Mary is alright.

Anne Boleyn is one of my faves as well!


I was wondering if you could do me a favour. But no pressure - fine if you don't want to or are too busy.

Are you a member of StumbleUpon . If you are I would be stoked if you picked a post of mine that you liked and "liked" it in StumbleUpon.

If you don't know what it is I suggest you check it out. It is free to register and you can also download their toolbar which allows you to add pages to their collection easily. It's a fun way to find new good sites.Have a nice week.