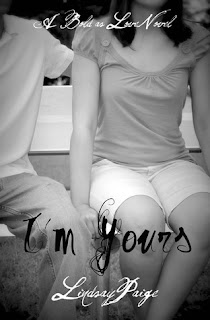 Title: I'm Yours (Bold as Love#2)Genre: YA, Fiction, Romance, DramaPages: e-book
First Published: November 30th, 2011Where I Got It: Given me to read and review from Charisma Media Network for my honest opinion


"After the incident with Claire, Emily encounters more problems. Conrad is back with explanations and hope. Emily wants to give him a chance to explain himself. She can't help but wonder why he left. However, Jake isn't comfortable with Emily going out to eat with an old lover.

Will things be too much for Emily to handle? Will Emily do the one thing she knows best and withdraw? Will Emily and Jake's love for one another keep them from shattering?"

This is the second book in the Bold as Love series by Lindsay Paige. I also read this for CMN for my honest opinion.

Like the previous book, this was pretty short. Perhaps about 100 pages with some change. However, it took me longer to get through even though it was shorter than the first one. The first one I flew by in, but I kept getting distracted and to be honest...I wasn't into this one as much.

This one was a little more sexy and not so YA-ish. Don't get me wrong, I love sex parts as much as the next girl, but once Emily gave it up to Jake that was all they did. Every 10 pages or so they were kicking off their shoes and heading to the bedroom. I got a little bored with all the sex. However, I do applaud Lindsay Paige for keeping the sex bits clean. Sex....clean? The scenes weren't too into detail  and the sex was mostly described as "making love" and it worked. It was a YA for heaven's sake.

Yes, there was a lot of drama in the last few chapters, but beforehand I was bored. Simply bored. I hate to say that, but I'm honest. I really was into the last few chapters! The ending kept me on the edge of my seat! At one point I really felt like Emily was sinking into her oldself and was never to return. I know I would had a hard time not sinking into a pit of despair. Events like that are horrid and sad.

There was no real cliffhanger at the end of this one, which made me happy. However, there is going to be another book coming out soon. I think its about Jake's and Emily's previous life before they met each other. Not 100% sure. I wonder if Lindsay Paige will write a continual of their story. I hope she doesn't. I like how she ended it, but I wouldn't mind reading more.

Anyways, besides for the boring beginning, I did like this book. It's a cute read and I enjoyed the drama. I enjoyed Jake's and Emily's story and their love. It's a nice read when the summer heat is too hot and you just want to chill by the pool. I wouldn't recommend this to young readers even though it is YA. I would recommend this to lovers of cute romances, drama, and for those that need just a quick read. Out of five stars I grant this 3 stars.

Boring beginnings are very very dangerous for me. I have a tendency to give up

Yeaaaa same here. I usually try to stick it out though

We're Pens fans at my house, but I have to admit I don't really like Crosby. (Don't tell my husband.)

Oh dear. Carol, we can't be friends anymore. hahahaha just kidding, but I promise not to tell.